The easiest Easter craft ever!

I've been trying to post this post for a few years now--but I always seem to remember AFTER Easter.  And, by then, it's too late for anyone to do! 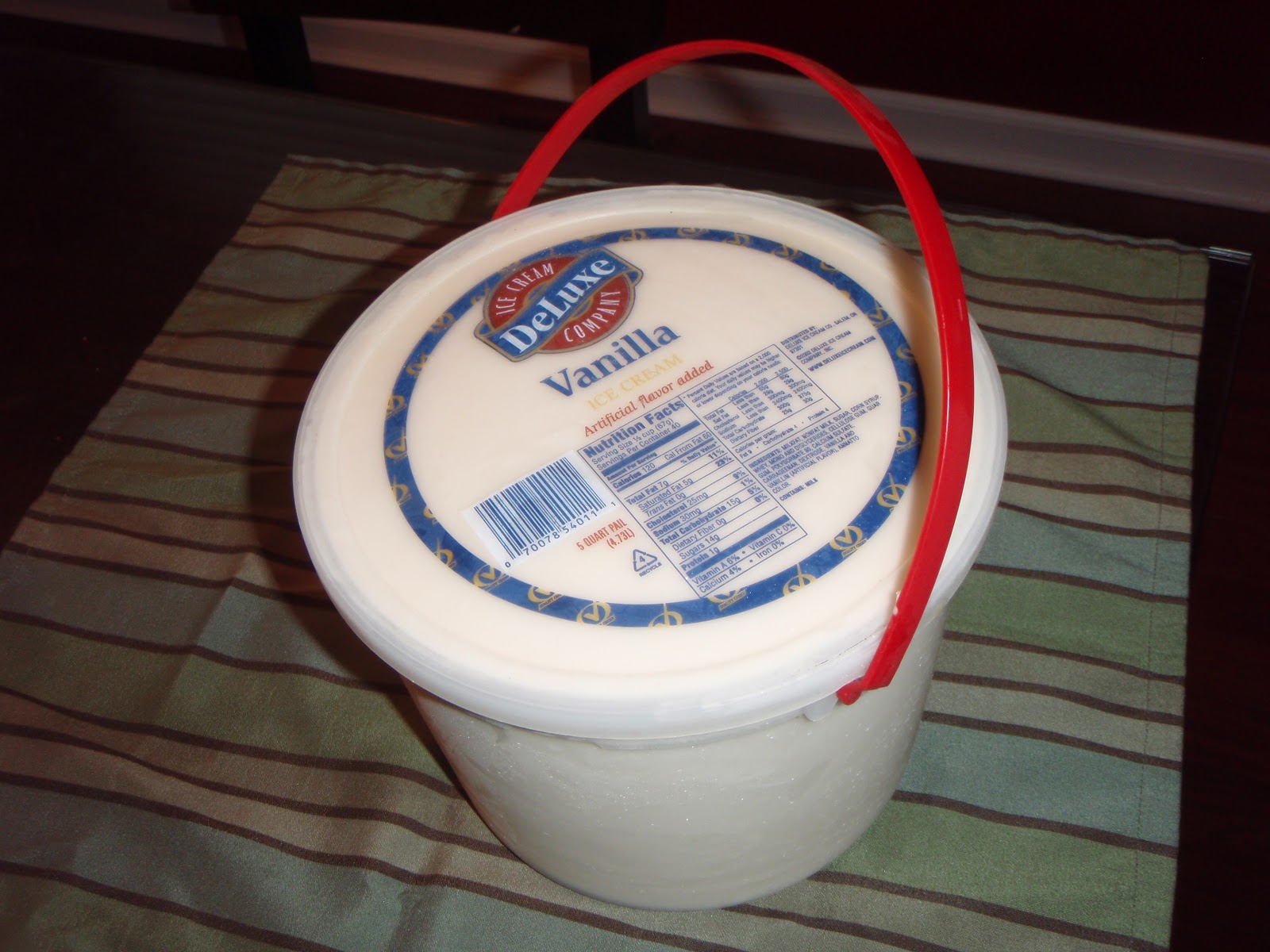 2. Eat the ice cream all gone (yeah--that might be hard for you in the next few days.  Ummm--invite some friends over for an ice cream sundae bar--they bring the toppings and you provide the ice cream and bowls and spoons.  Better hop to it!)

3. Wash your empty ice cream bucket and dry well.
4. Take a black Sharpie and draw simple egg designs all around outside of bucket.
5. Fill in your eggs with colored Sharpies (Costco sells a nice multi-pack of colored Sharpies.  If you don't live near a Costco, check out your nearest office supply store: Staples, Office Depot, Office Max...)
6. Take to your Easter egg hunts and enjoy all the eggs these puppies can hold! 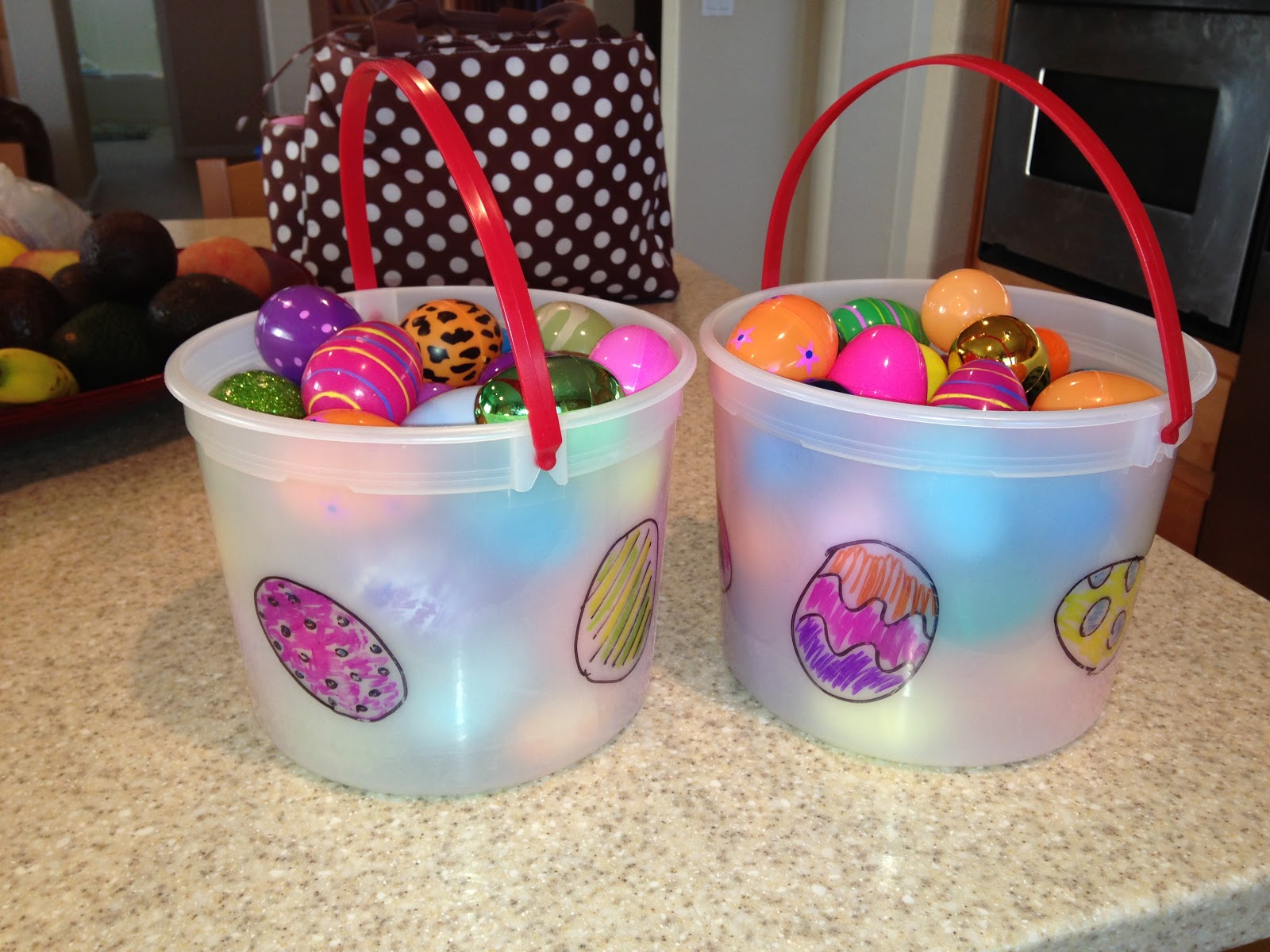 ****Personal note:****
My kids have preferred these buckets over everything else.  They have a much shorter handle than traditional Easter baskets and they hold a lot more too (5 quarts-worth of ice cream!)

You can also use the ice cream buckets at Halloween time for trick-or-treating--simply draw Halloween-inspired pictures such as: jack-o-lanterns, "trick or treat," ghosts, candy...

I also use these buckets for holding food storage items once I open a 10# sized can; you don't want to keep food in the cans once opened.  One bucket will hold all your product from the 10# can--very handy! 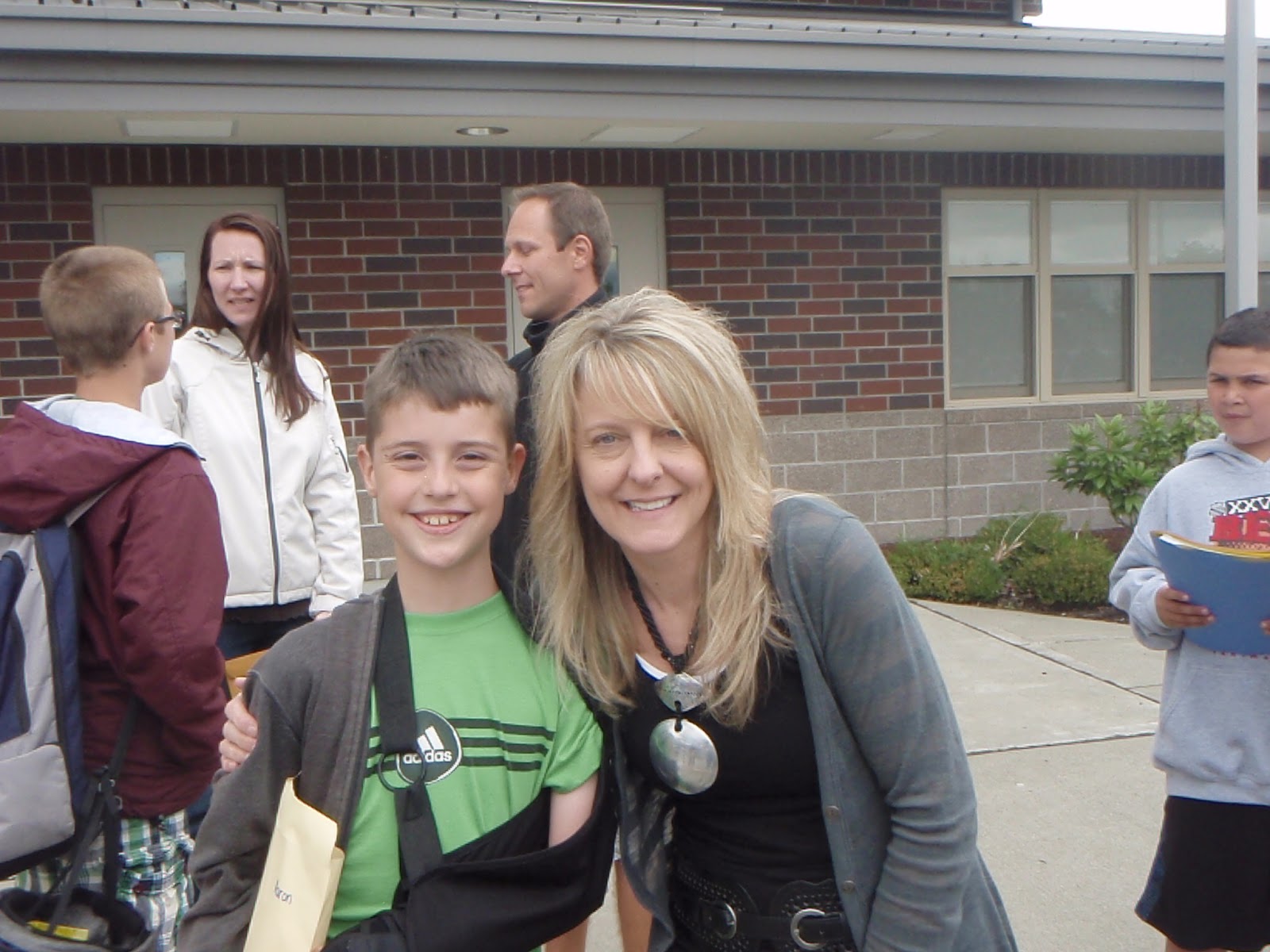 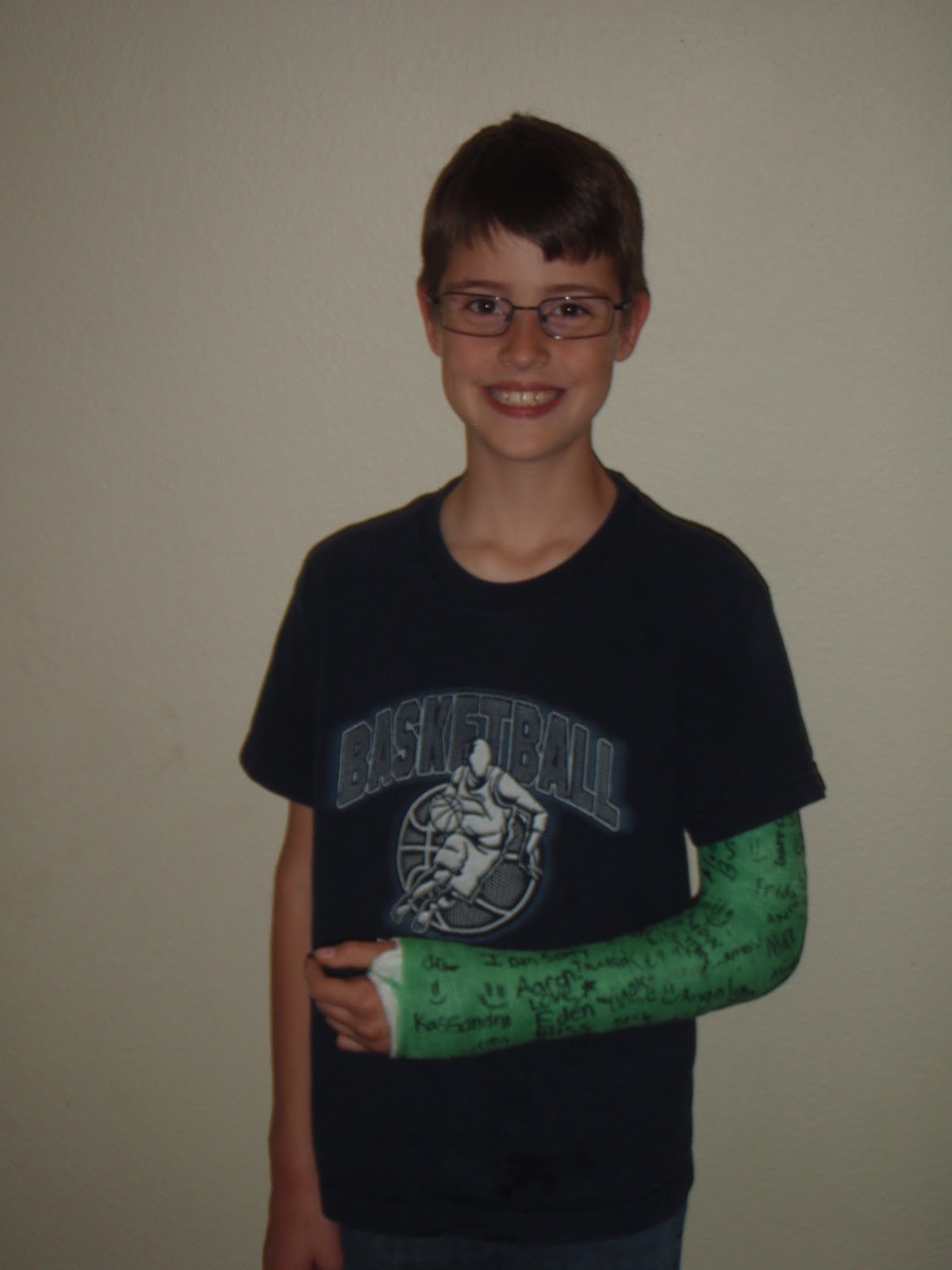 I feel like posting a random blog post.  Just me and my random thoughts--enjoy (or don't), but I am!

1. Child #5 is doing pretty good with the addition of his new sister (#6).  And, he destroyed a crib mattress, because he can't get enough of jumping in the crib.  So, a few weeks ago, we took away the crib.  He still isn't used to the toddler bed and we usually find him sleeping on the floor.  And, he kept waking up early.  Not cool.  So, we put him in the pack n' play--where he can't jump and he's contained.  And he returned to his normal sleep pattern.  This won't work for much longer because he is a big boy and looks quite cramped in the pak n' play.  Oh well--we'll take it for now!

2.  In case you hadn't heard, my 6 year cell-phone hiatus ended in December when my husband gave me one for a Christmas gift.  It serves as the home phone, too.  You may have noticed I'm on facebook a lot more than usual, but that's because there's only so many things one can do when one is nursing a newborn.

3. After 5 months, since my last haircut, I finally found a good stylist, here, and went in for an appointment.  We decided a little more razoring was in order and *voila* I am instantly more funky!  My kids were full of compliments and praise.  The best was my oldest, "Wow--Mom!  Your hair is just so...so...Wow!  It looks like you're going to punch somebody!"  Aw yes--just the look I'm going for--ha, ha!

4. We live right next to a creek trail and we see people running, biking, and walking all the time.  I long to be out there running (we go on walks a lot).  Every spring I get a nervous excitedness inside me and want to run in track meets.  This is in my blood--every spring I feel this way and I attribute it all to having run track for 6 years in junior high and high school.  Looking forward to being a track coach one of these days!

5. My friend shared this site on her blog, and I thought it was great!  http://www.thefreedomexperiment.com/2011/10/28/55-gentle-ways-to-take-care-of-yourself-when-youre-busy-busy-busy/

Doing some of these make all the difference in the world to me, particularly: wear your pretty clothes, breaking self-care habits down into one a day, and making plans and rejoicing in simple accomplishments.

Getting up a few minutes early to ensure that I'm showered, dressed as nicely as possible (still losing some baby flab), hair fixed, and a little foundation and blush on and I can take a second to look in the mirror and know that I can tackle the day.

6. Speaking of accomplishing something:  #4 turned 7 last week and on his birthday the baby took a really long morning nap and during that time I was able to bake his cake, make dinner, sweep and mop the floor, wrap his birthday gifts, hang up a couple of pictures, and play and read to #5.  It was a great feeling--especially getting the floor mopped.  I celebrated by taking a nap in the afternoon when #5 and #6 napped :).  With a new baby, it really is one-day-at-a-time survival!

7. #1 got new glasses that we both think make her look older--what do you think? 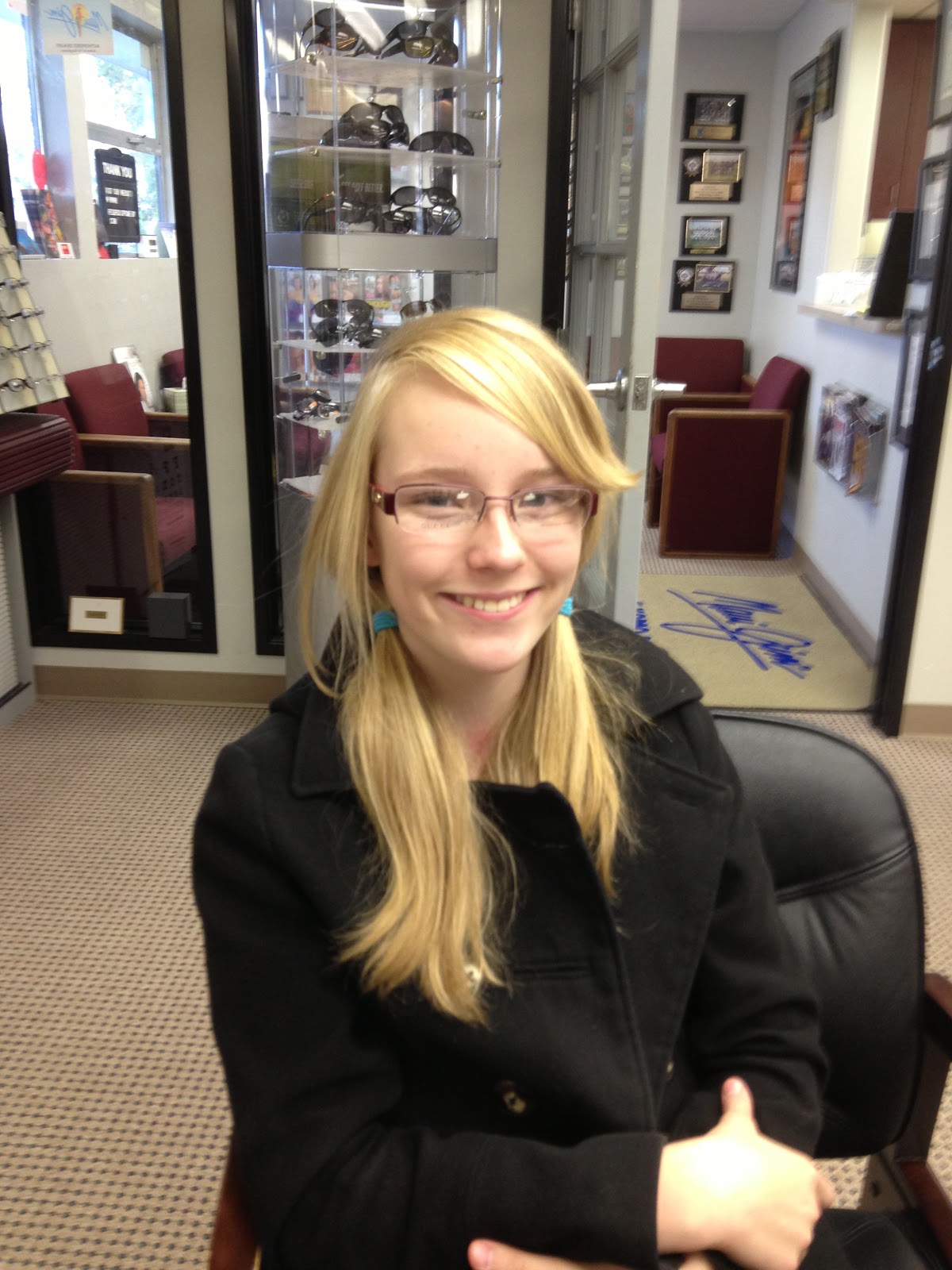 8. So, they're not left out: #3 proudly displaying the first lizard he's every caught completely on his own: 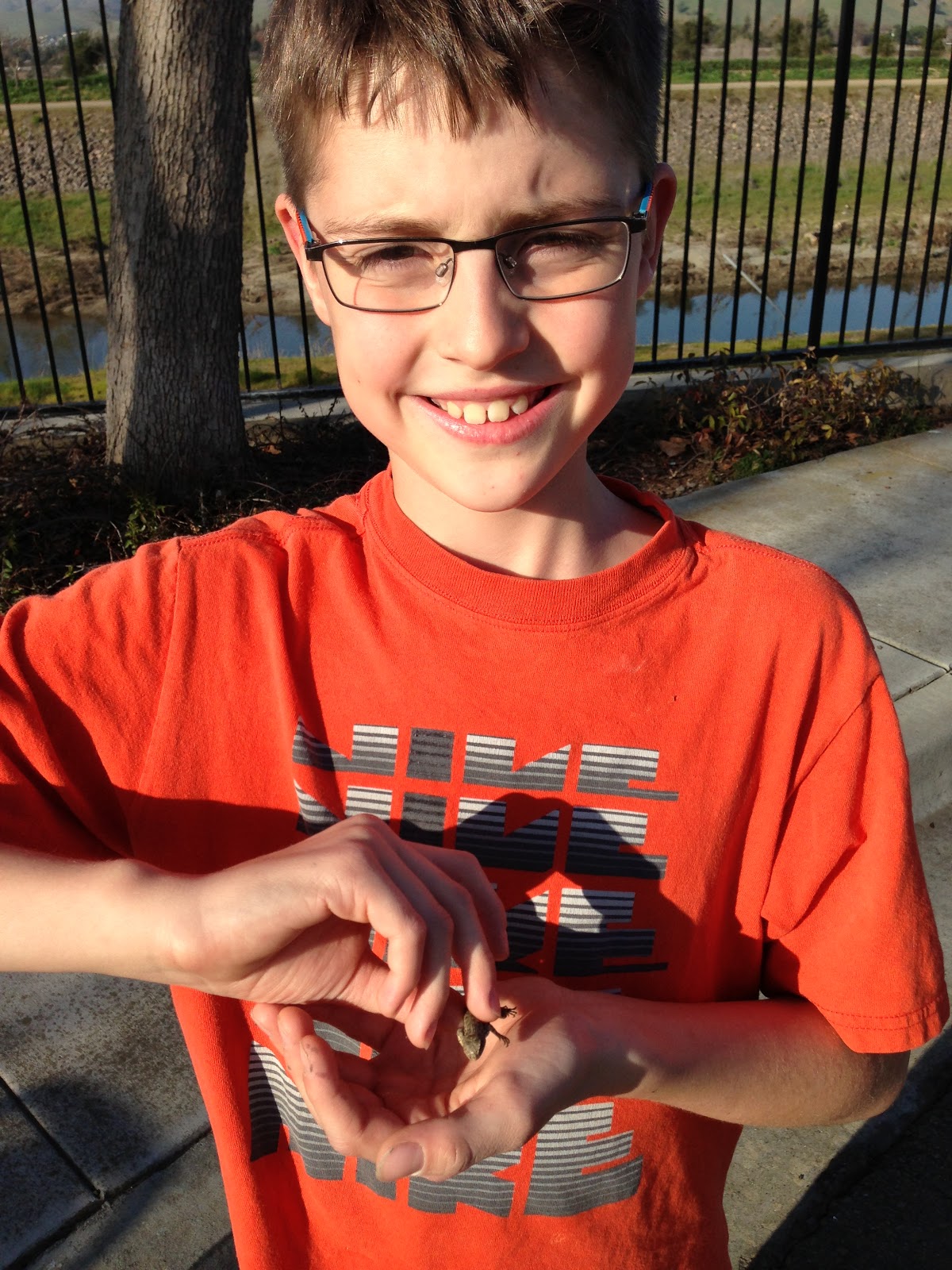 9. #2's entire class has been busy with state projects for the past month.  They were each assigned a state and had to research it quite thoroughly, write a 6-8 page report, create a powerpoint presentation, and make a state float.  Here's to the Granite State! 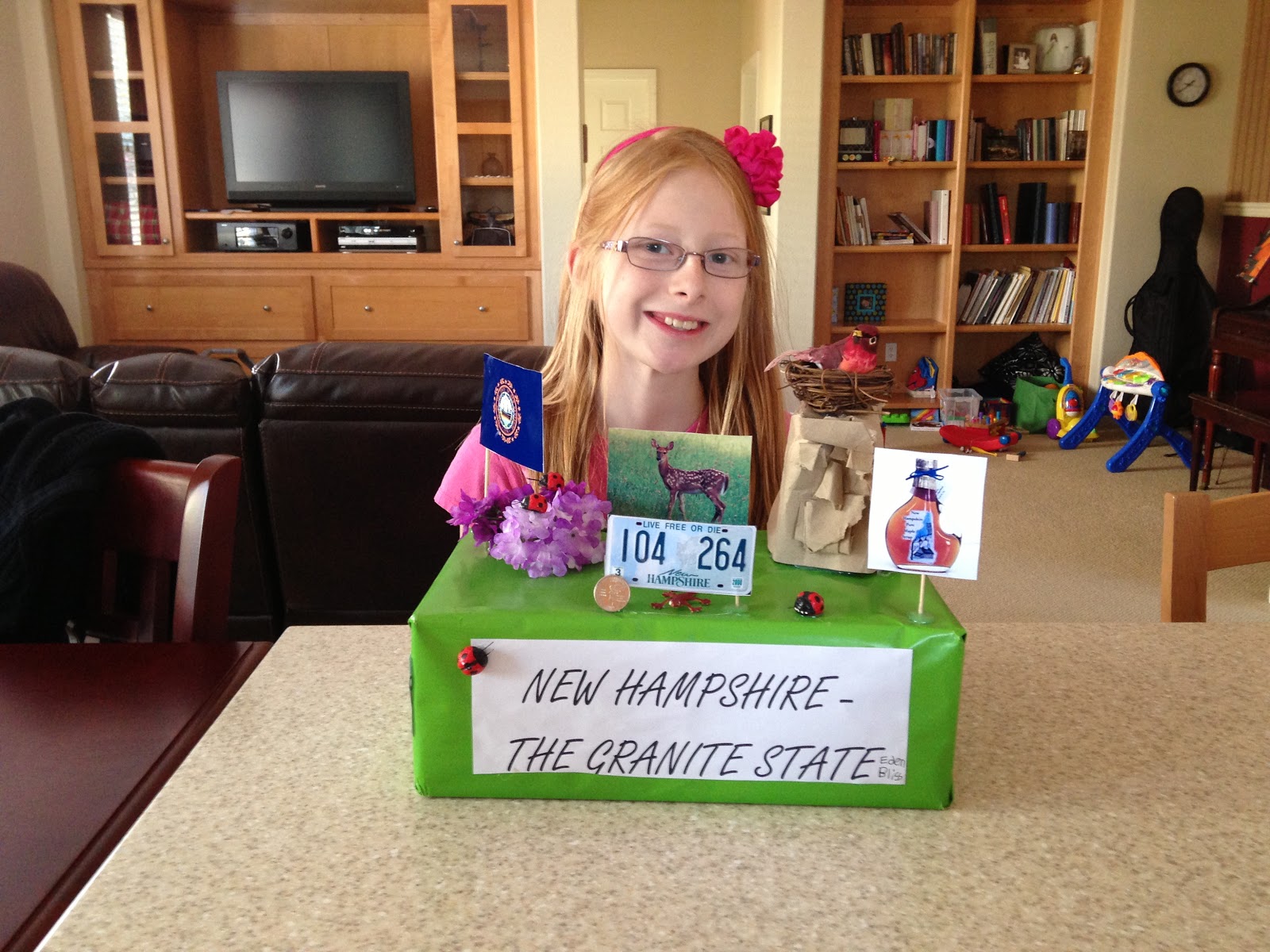 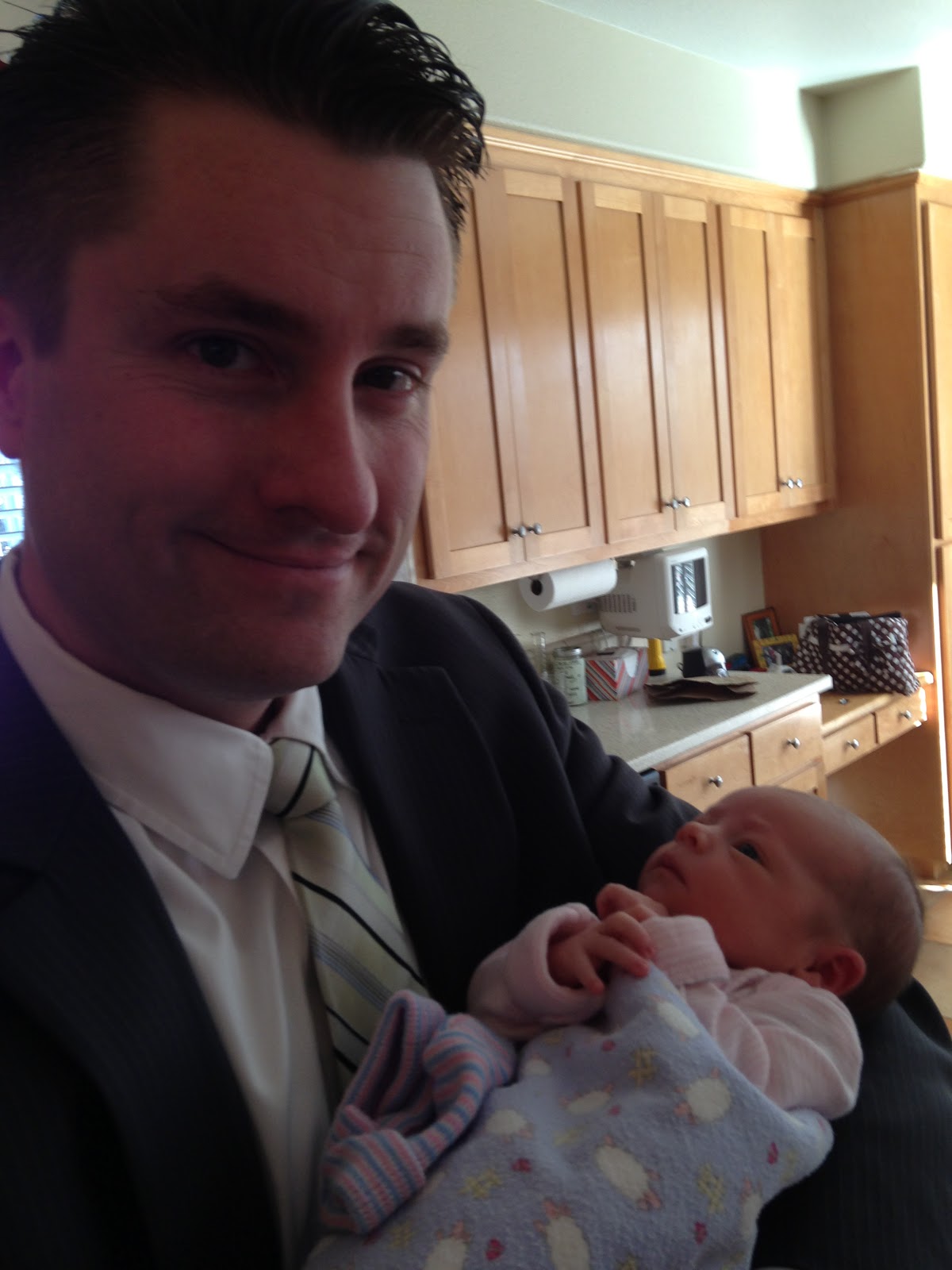 11.  Some day I hope to blog about: specific choir songs, over the years, that have touched me deeply and 6-children-tested tips that have worked for me over the years.﻿