(Israel Highpoints, cont.)
-Pool of Siloam (site B, source of water is correct but actual pool has not been found)
Wonderful occurrence where Jesus taught his disciples that neither the man nor his parents had sinned, resulting in the blind man being blind. He made a clay from dirt and his spit and put it on the blind man’s eyes and then told him to go wash in the pool of Siloam. He washed and could see! 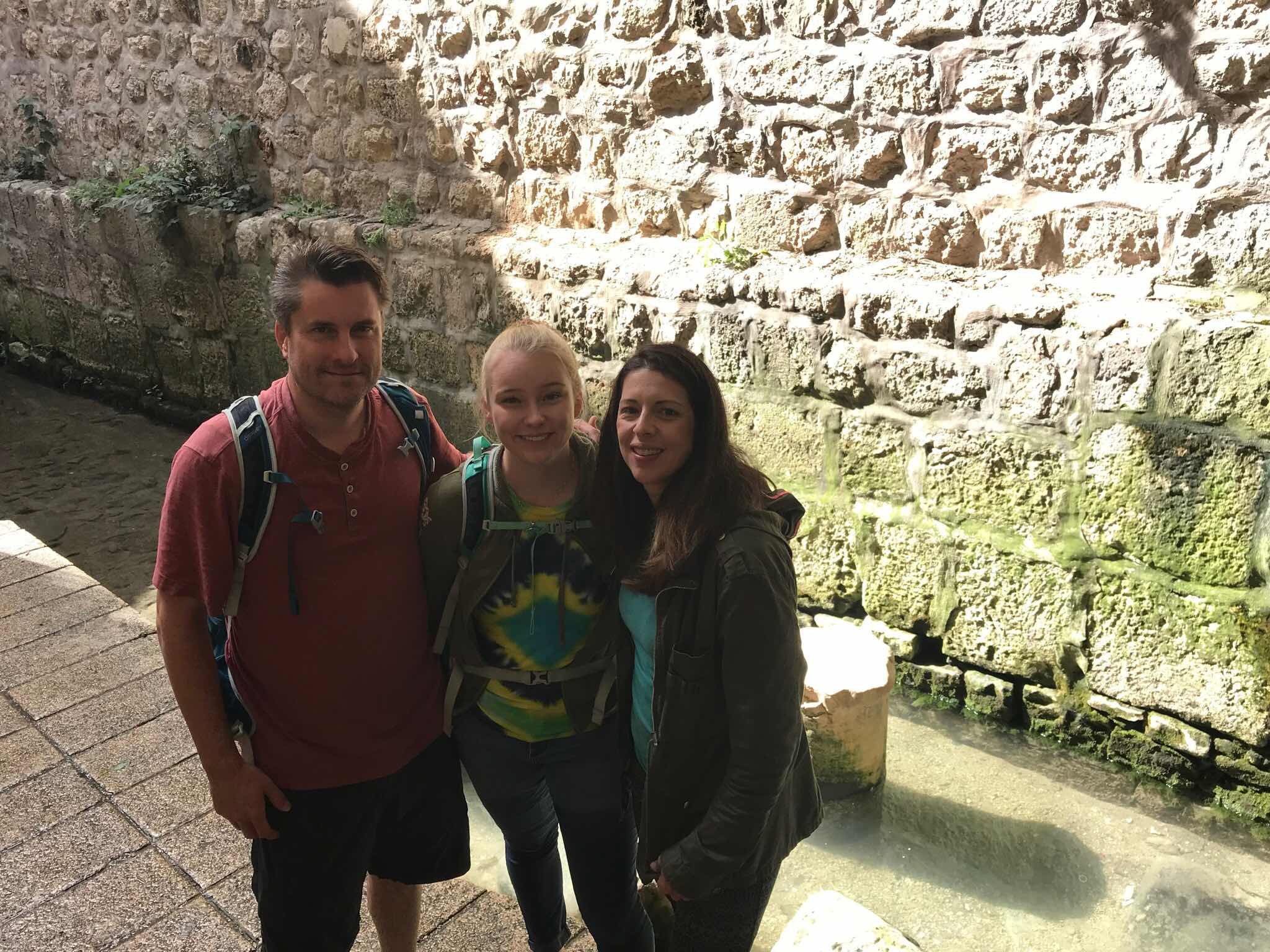 -Holda gate to the temple, Old City of Jerusalem
We know Jesus came to Jerusalem and entered the temple on many occasions. The arch doorways are what is left of the original gate... 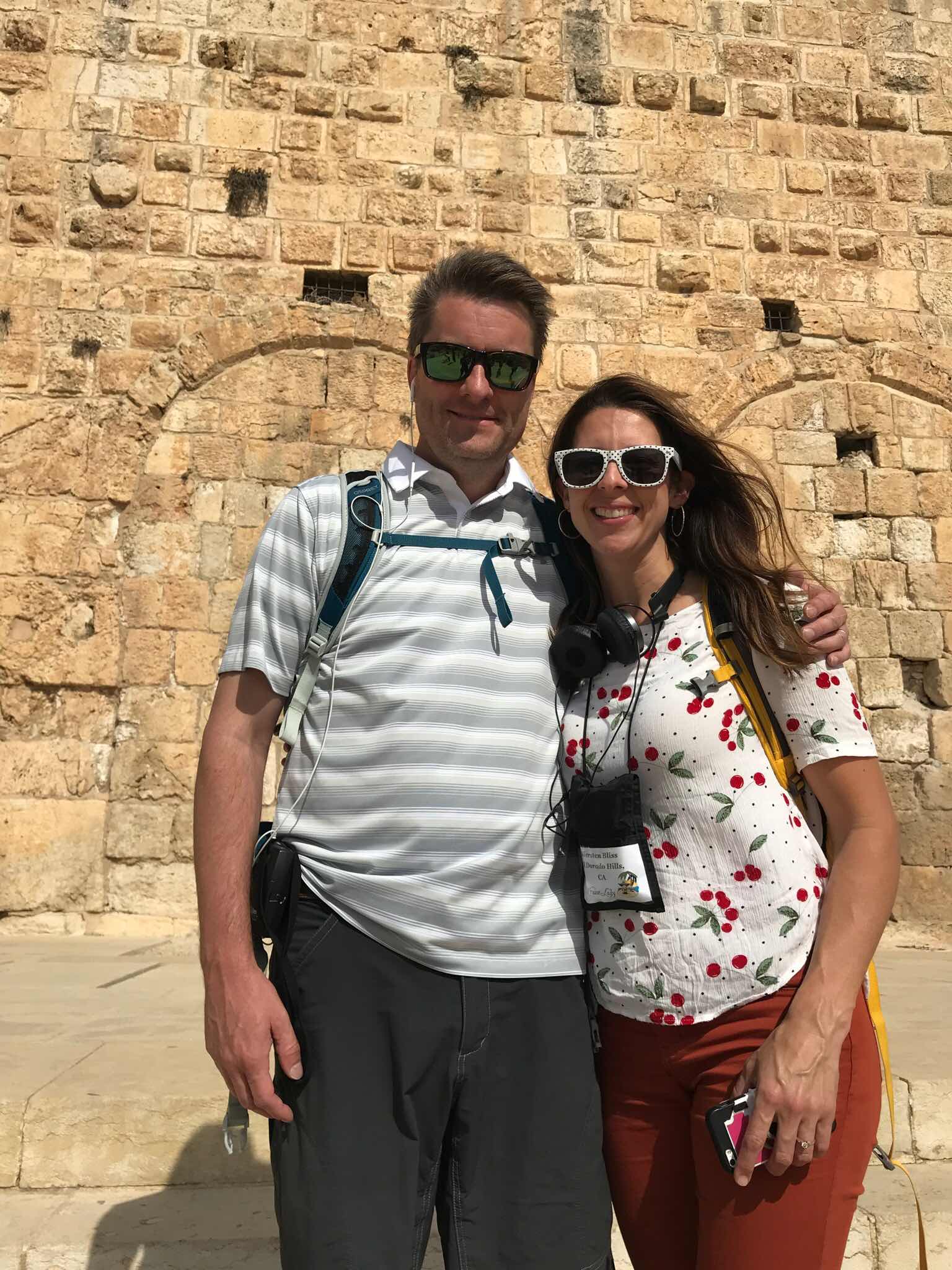 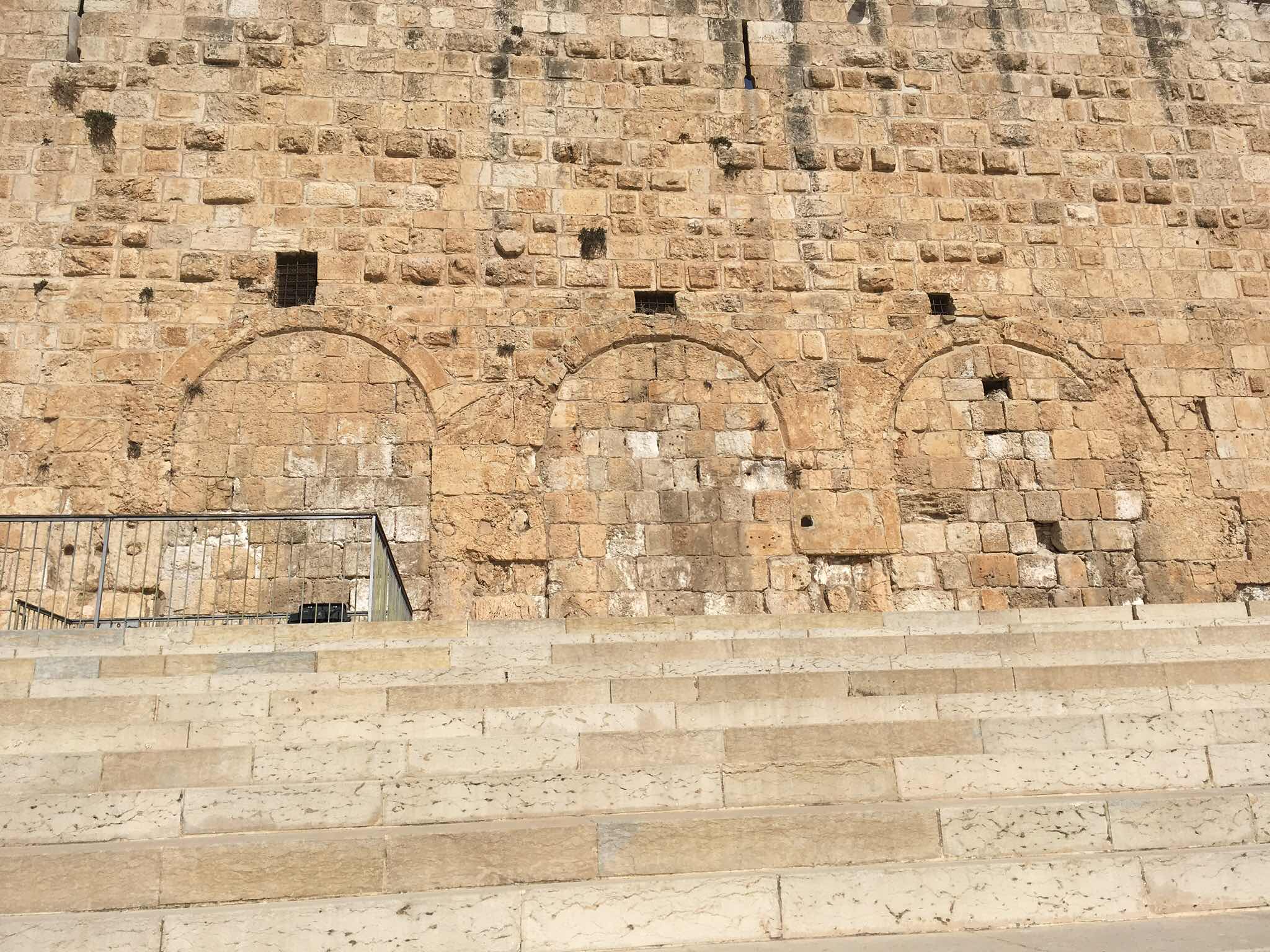 -Western Wall of the Temple of Jerusalem
Last wall of the temple. Very holy site for Jews. We came on a day of Bar Mitzvas. 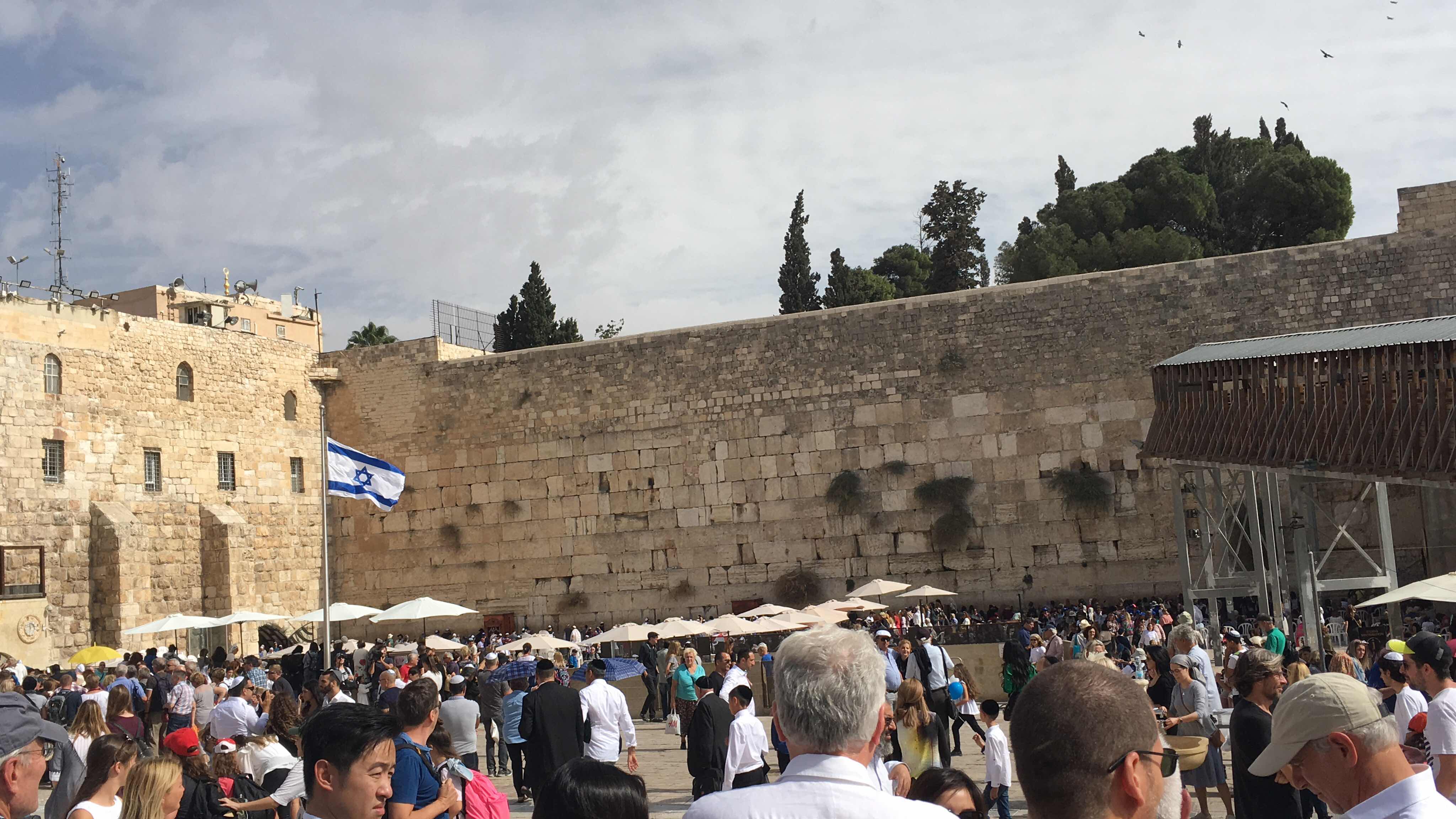 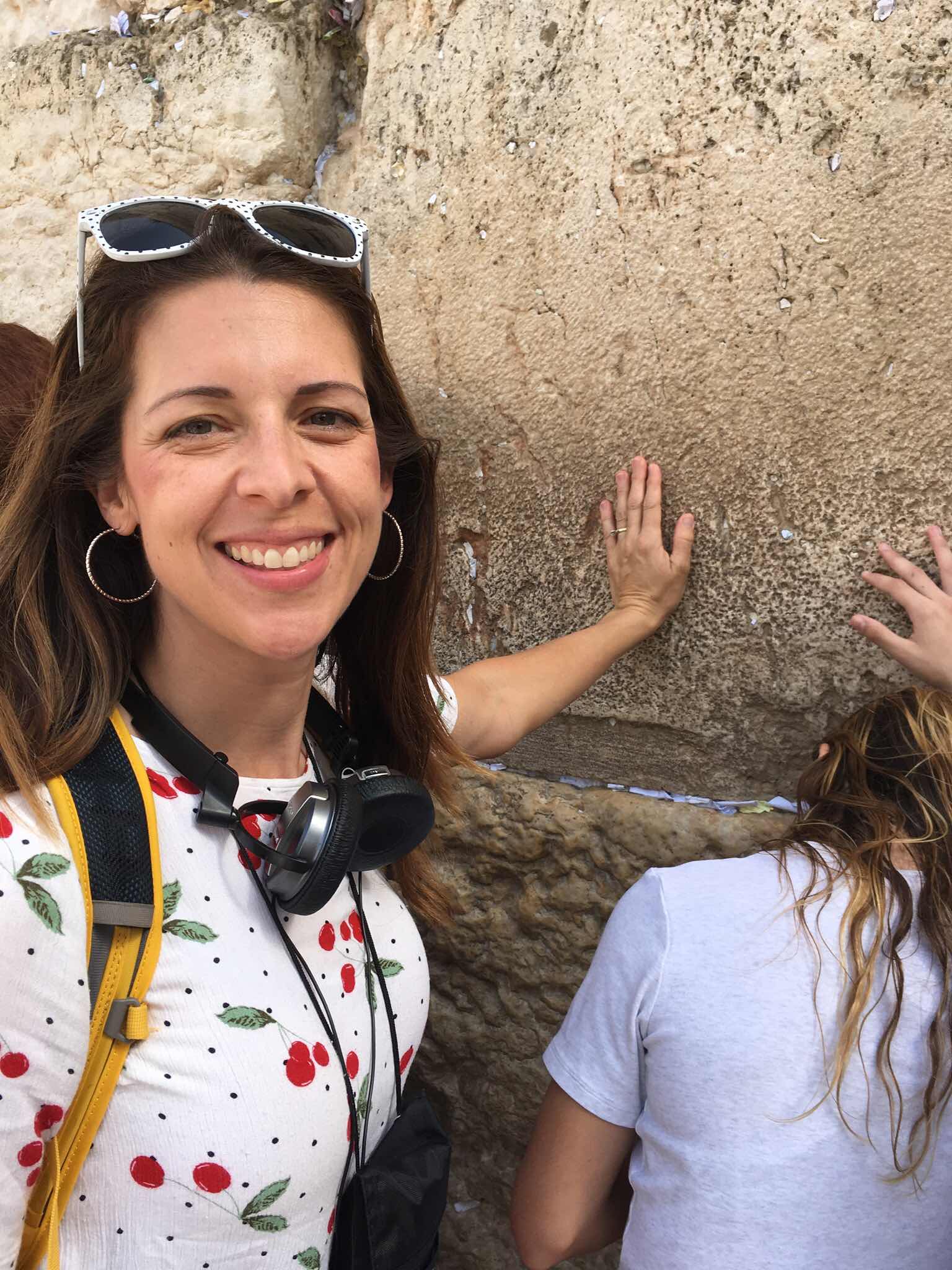 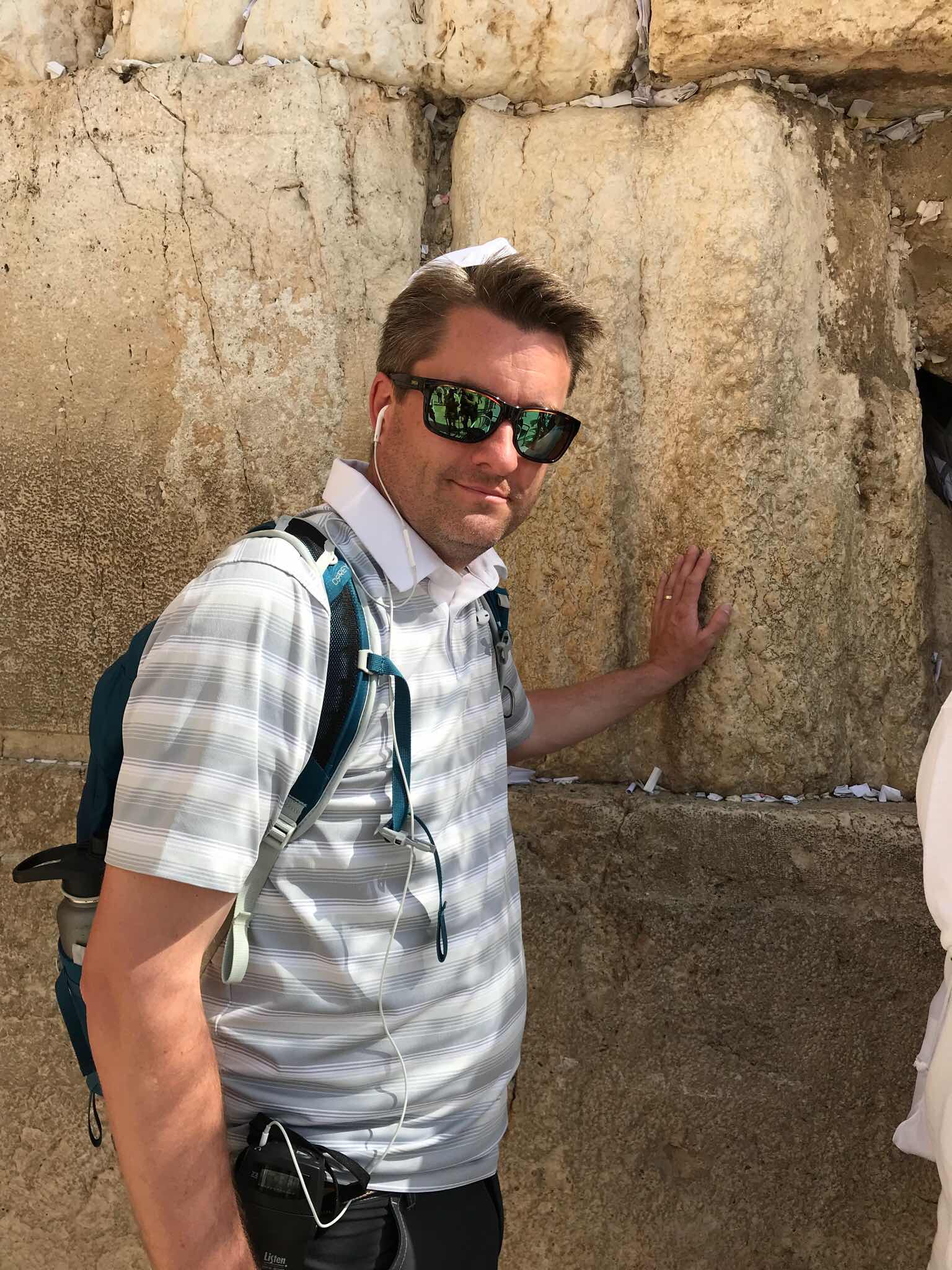 -Pools of Bethesda
I love this story where Jesus asked a lame man why he was not going in to the waters to be healed? (Rumor was that when the waters were “troubled” whomever was first into the pools would be healed). The man told Jesus that he had no one to carry him down to the waters. Jesus healed him and the lame man walked! 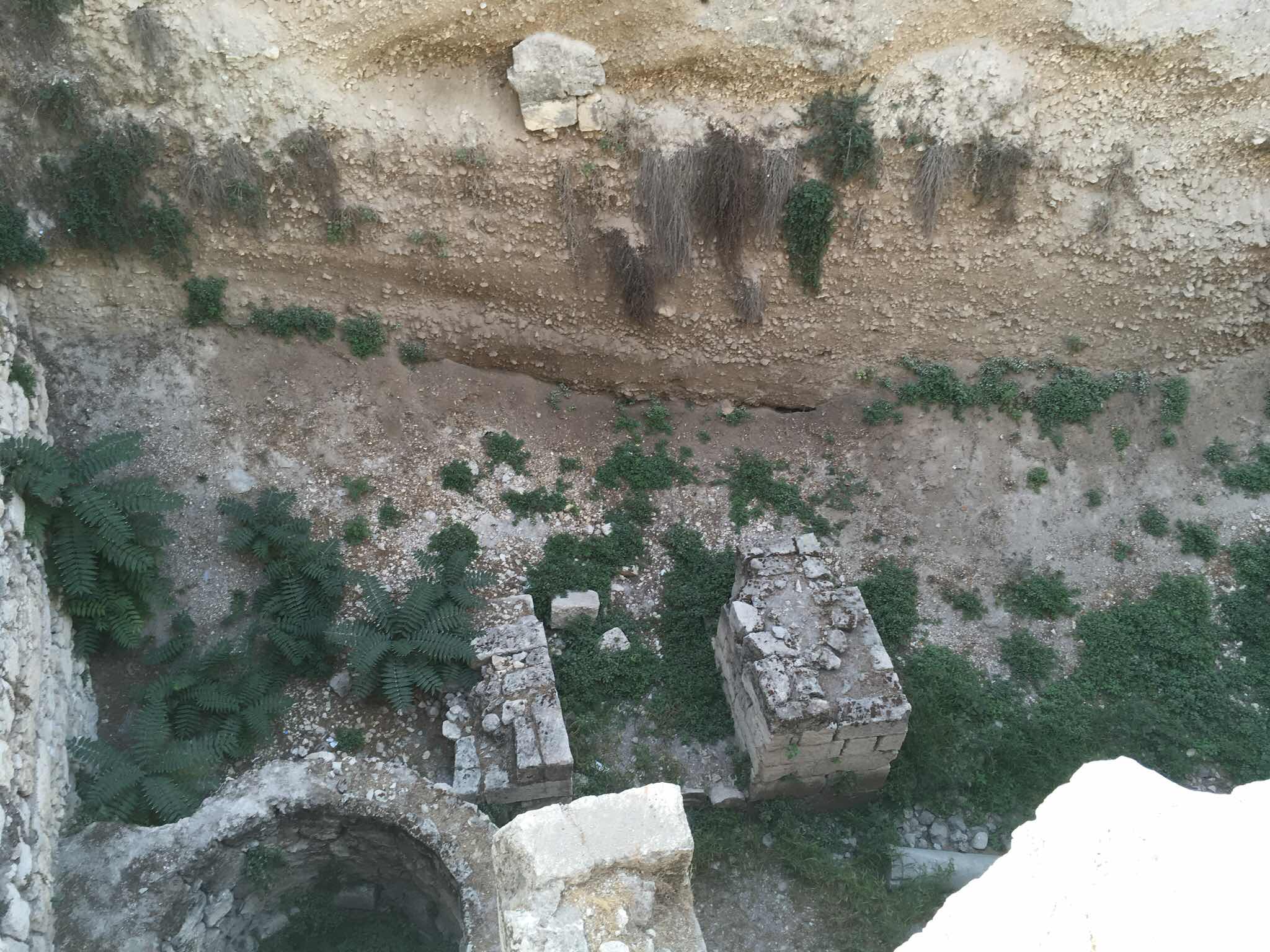 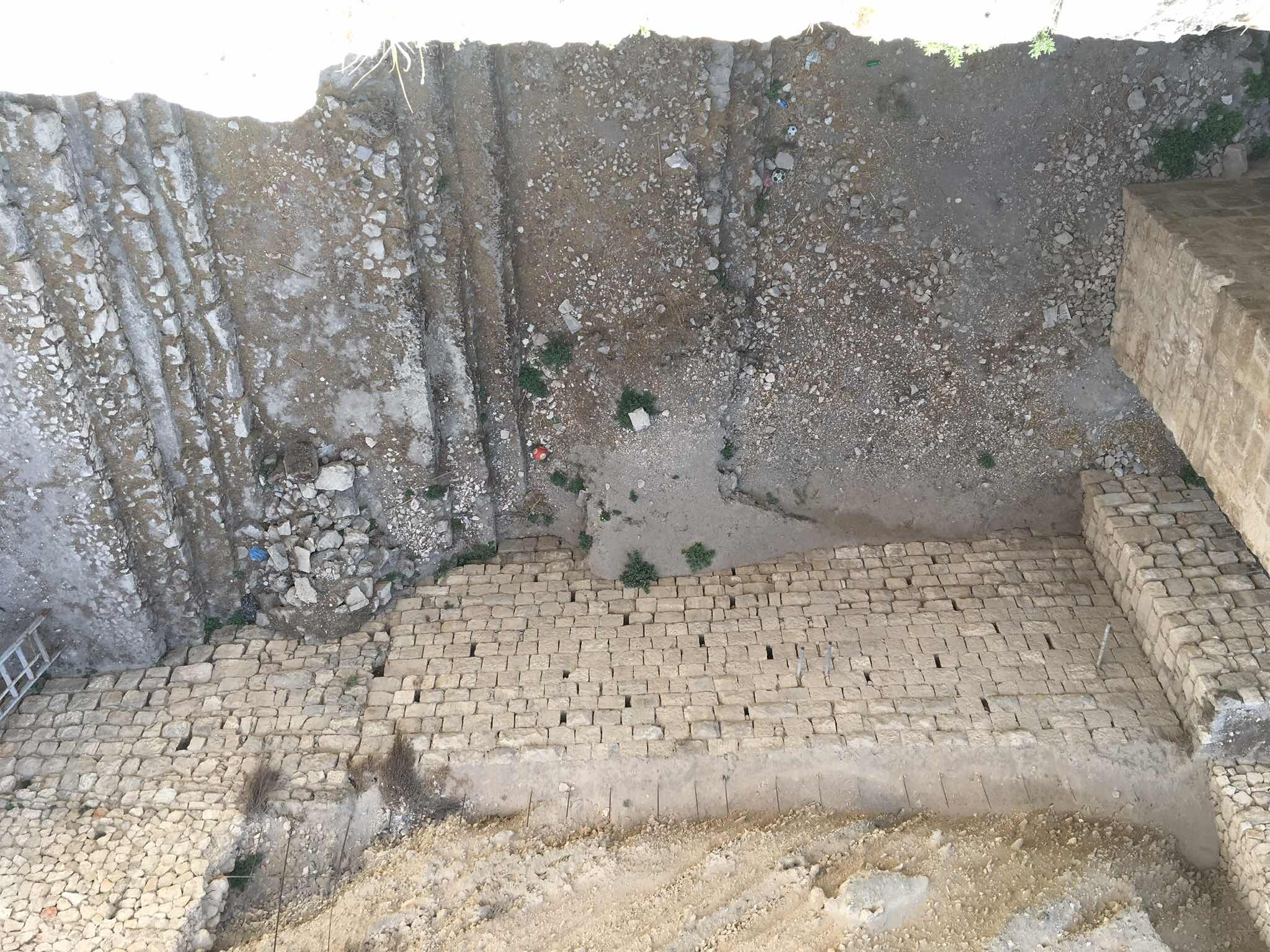 -Garden of Gethsemane (Church of All Nations)
Some of these trees are shoots from the olive trees that were there in the garden where Jesus Christ took on all our sins. The garden was peaceful and lovely and I felt very humbled to be where Christ atoned for me and you. 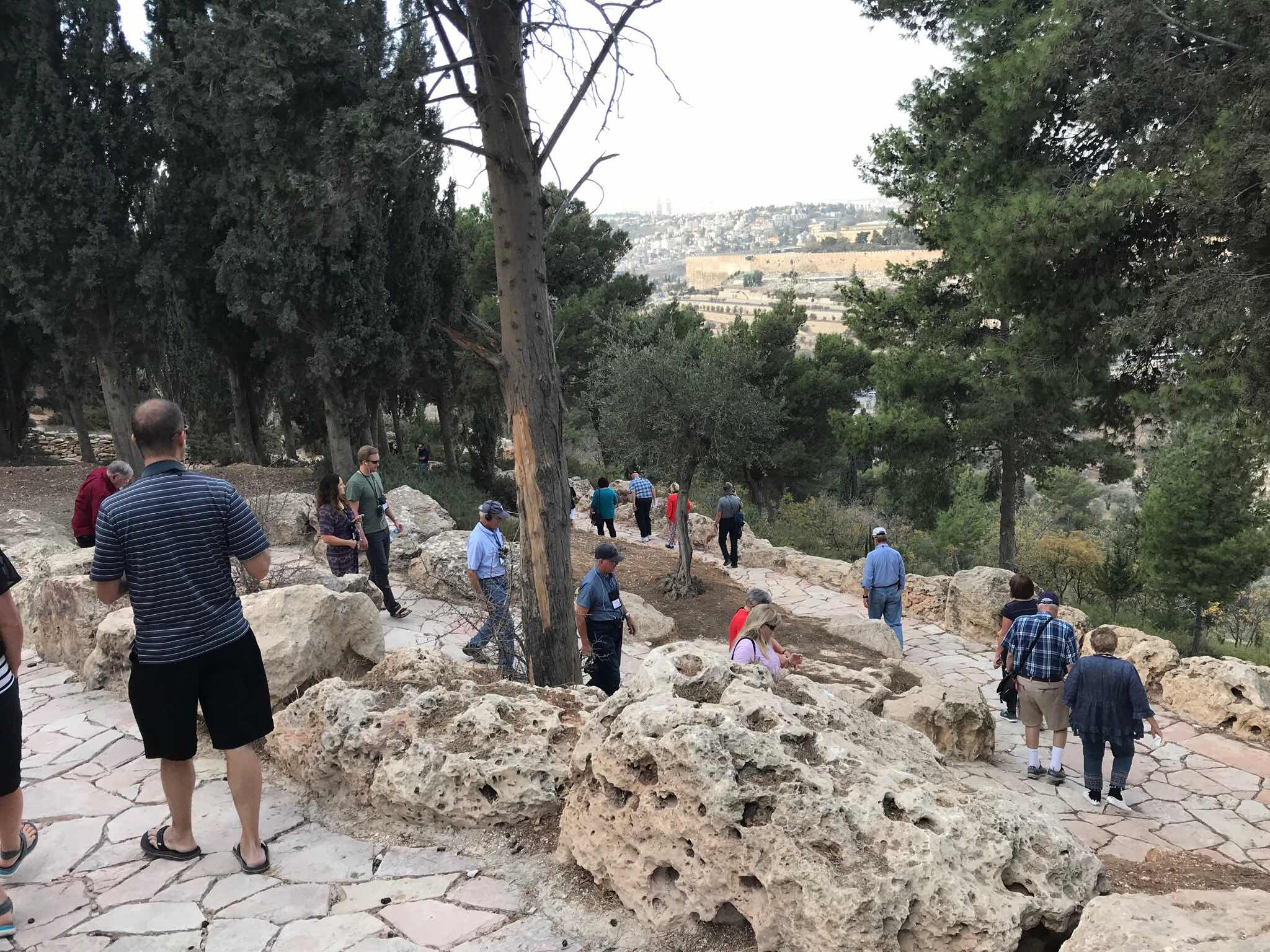 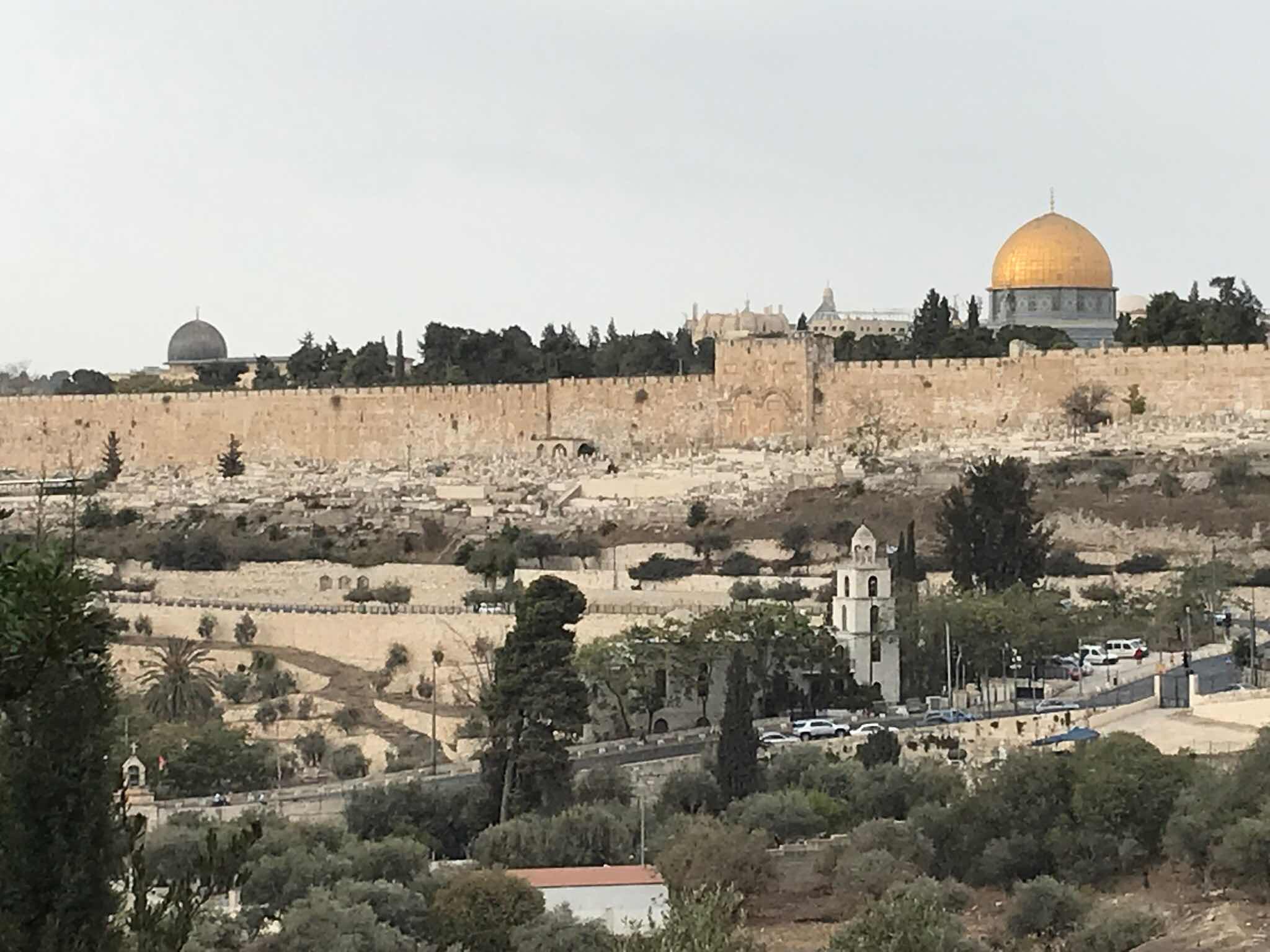 (View from Mt. of Olives looking out at the Old City, Kidron Valley between) 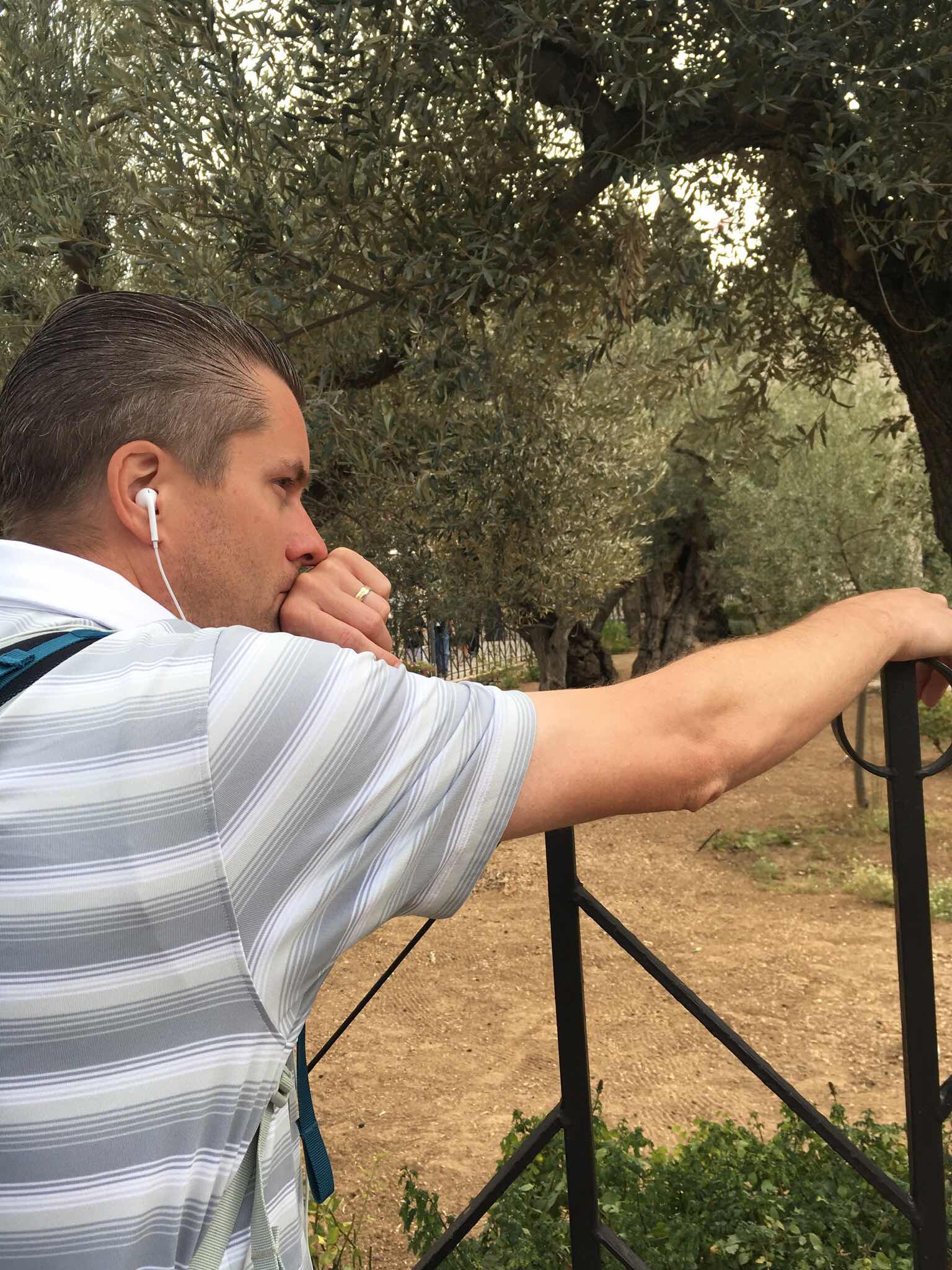 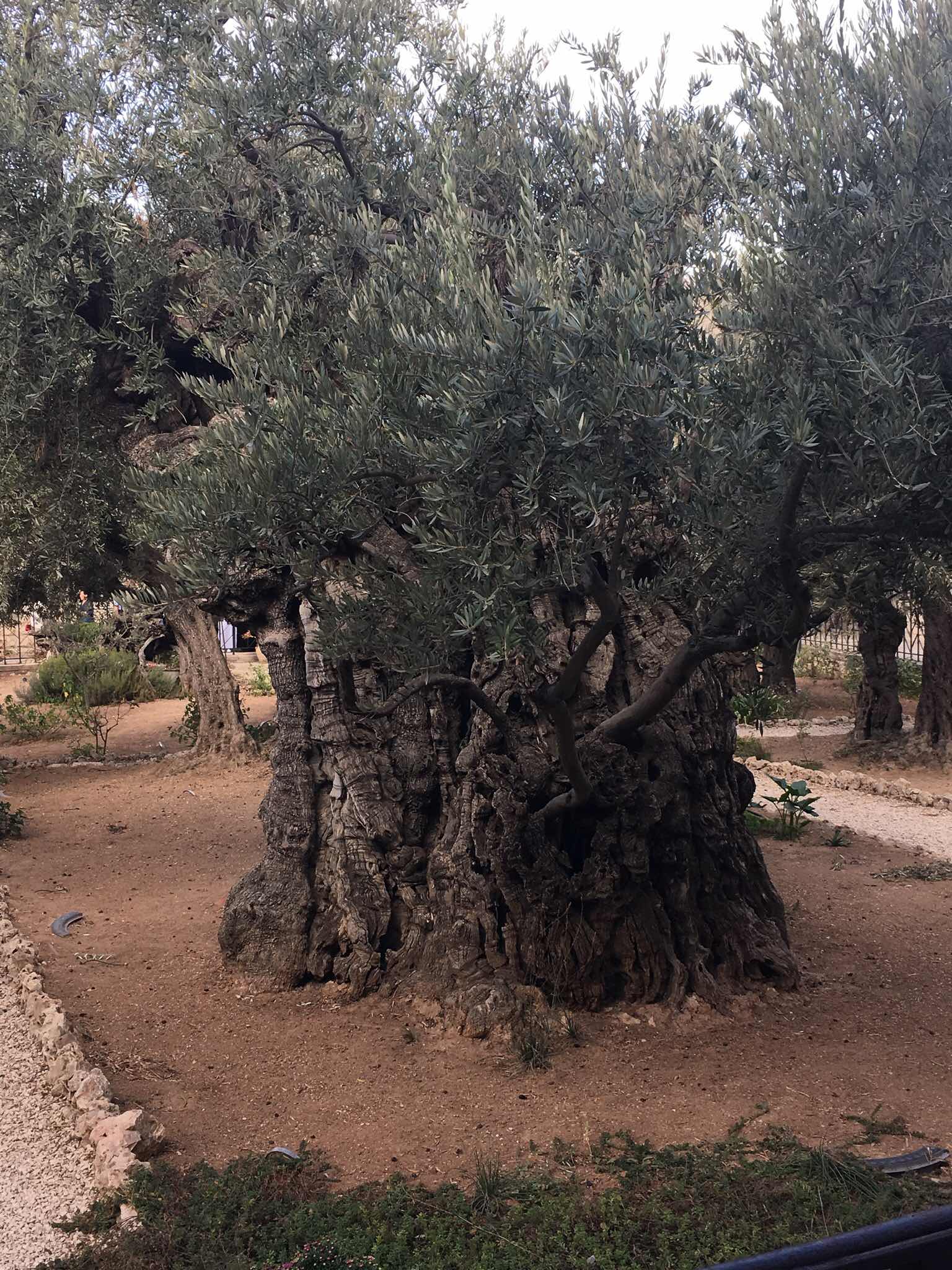 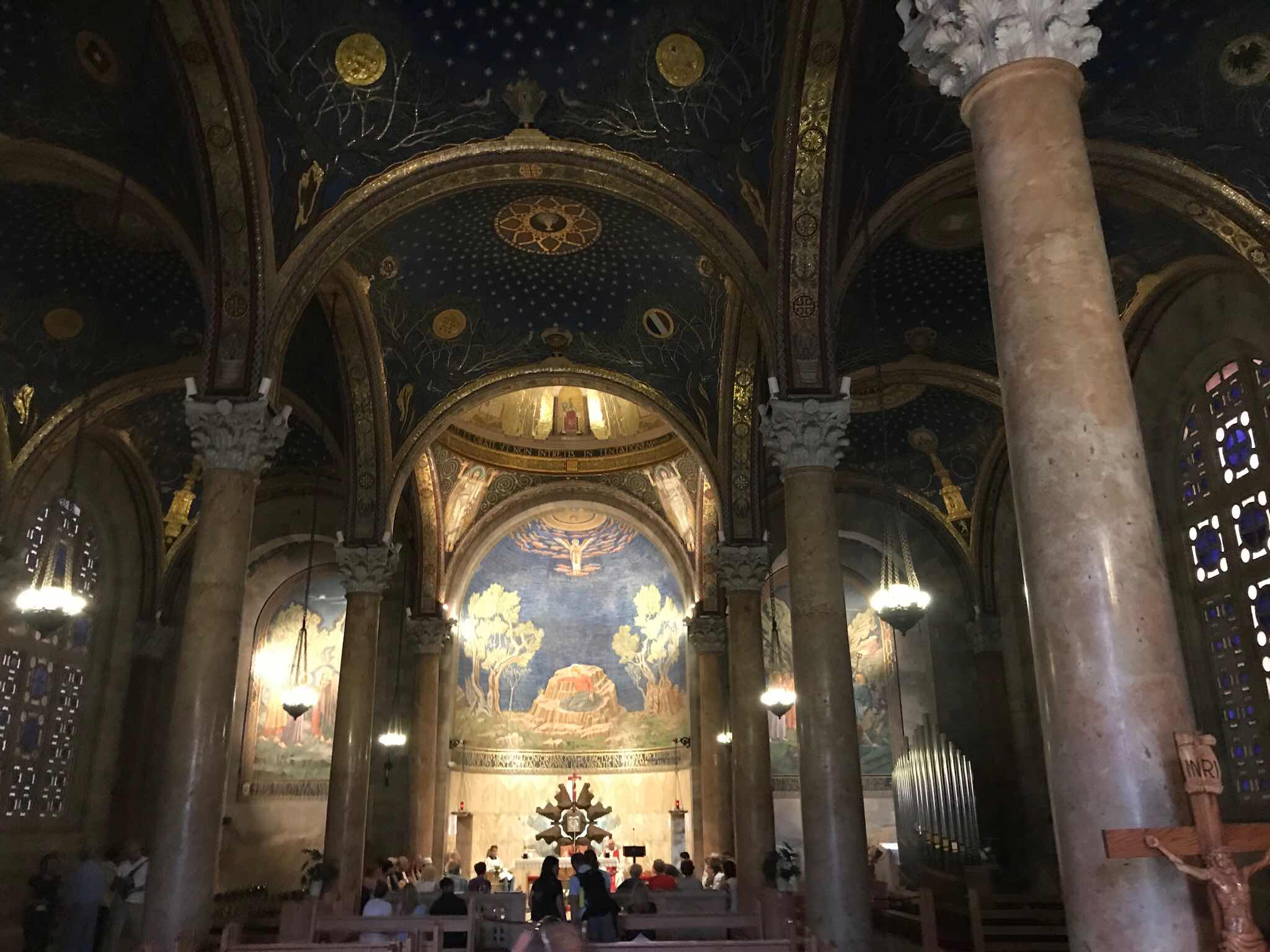 (One of my favorite churches, Church of All Nations. Alabaster was used in the windows, instead of glass. This keeps the chapel dark —symbolic of Jesus being arrested in the night.)

-House of Caiaphas
Corrupt priest who convicted Jesus after he was arrested at the Garden of Gethsemane. Jesus spent his last night here, most likely in an old cistern. (Replastered, but this is the site of Caiaphas’s house). 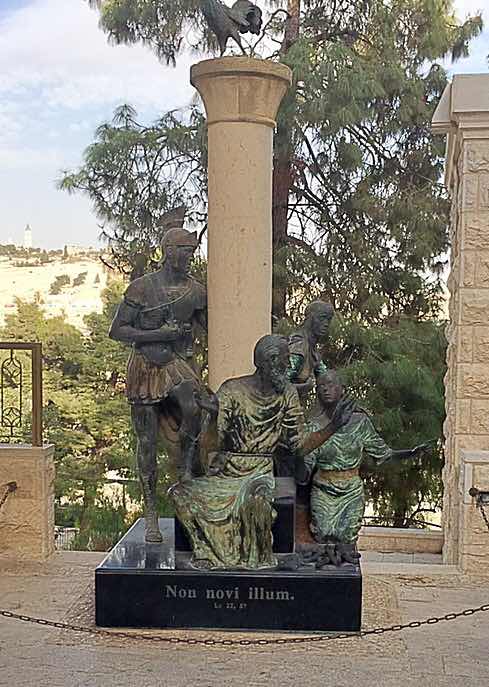 (Statue depicting Peter denying Christ three times that night. Peter wept bitterly...)
-The Garden Tomb
Most Christians believe Jesus was buried at a location beneath the Church of the Holy Sepulchre. But those of my faith and a few other Christian sects believe the location to be the Garden Tomb.
I am so thankful for the volunteers who maintain the gardens and give tours there. Our guide showed us Golgotha, the old cistern of Joseph of Arimathea’s home, and lastly, Jesus’s tomb.
The spirit hit me so strongly as I waited in line to go in to the tomb. I can only recall one other time where I felt such a powerful witness—when I was 13 1/2 years old and visited Carthage Jail and felt the confirmation that Joseph Smith was undeniably a prophet of God. And, while I’ve never doubted who Jesus was, or what he did for me, now I have felt the power of the miracle that took place at the Garden Tomb. 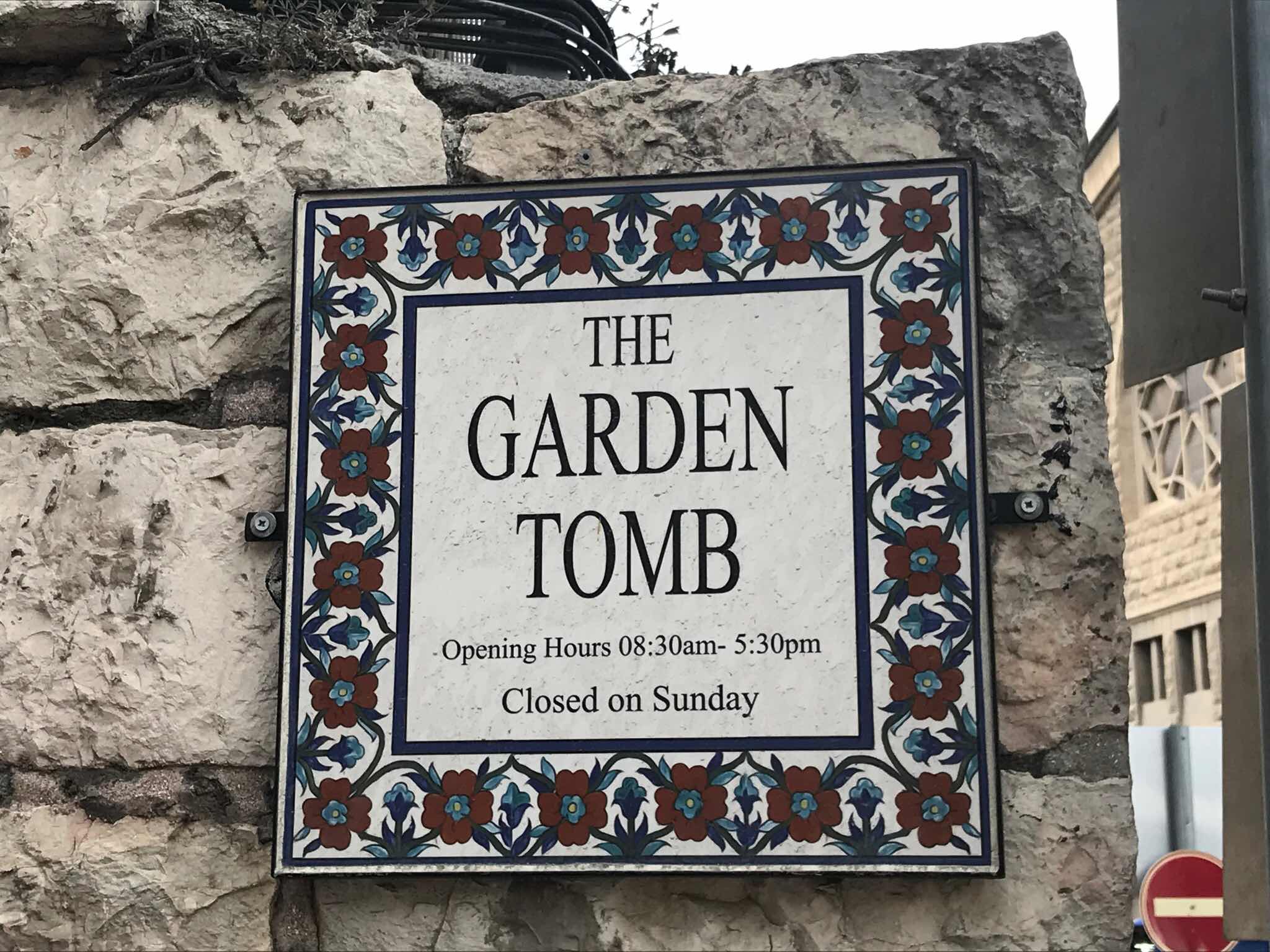 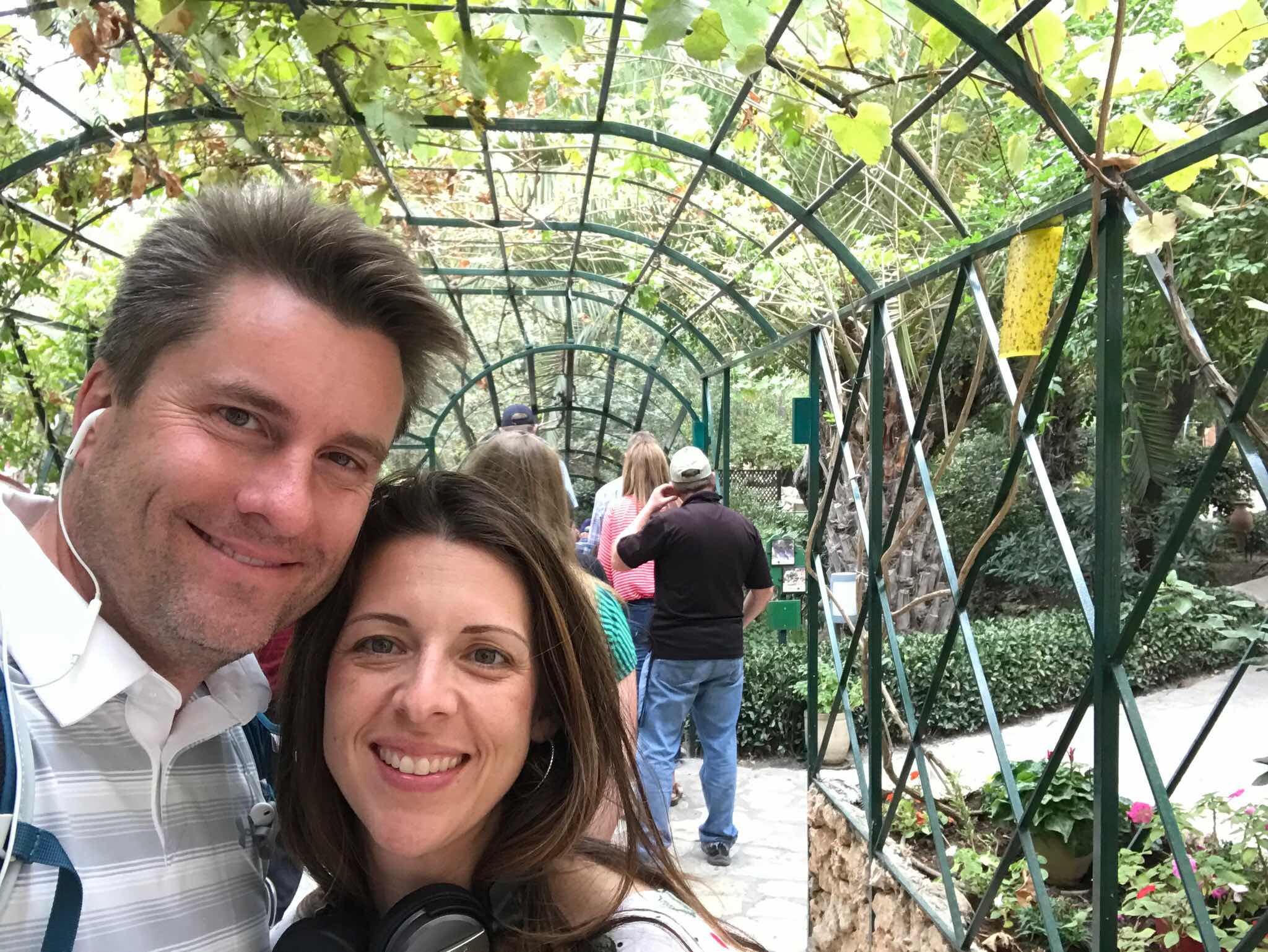 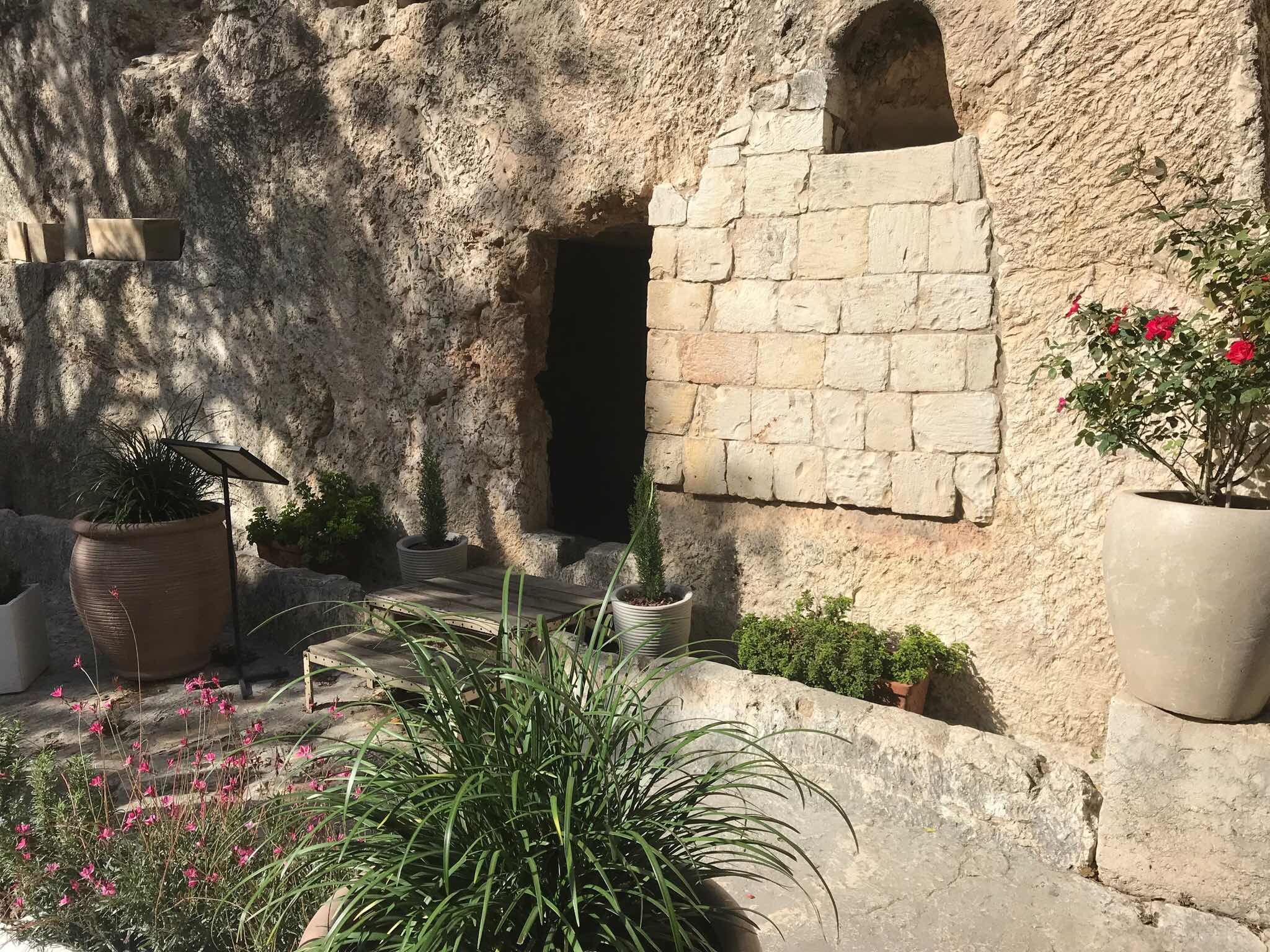 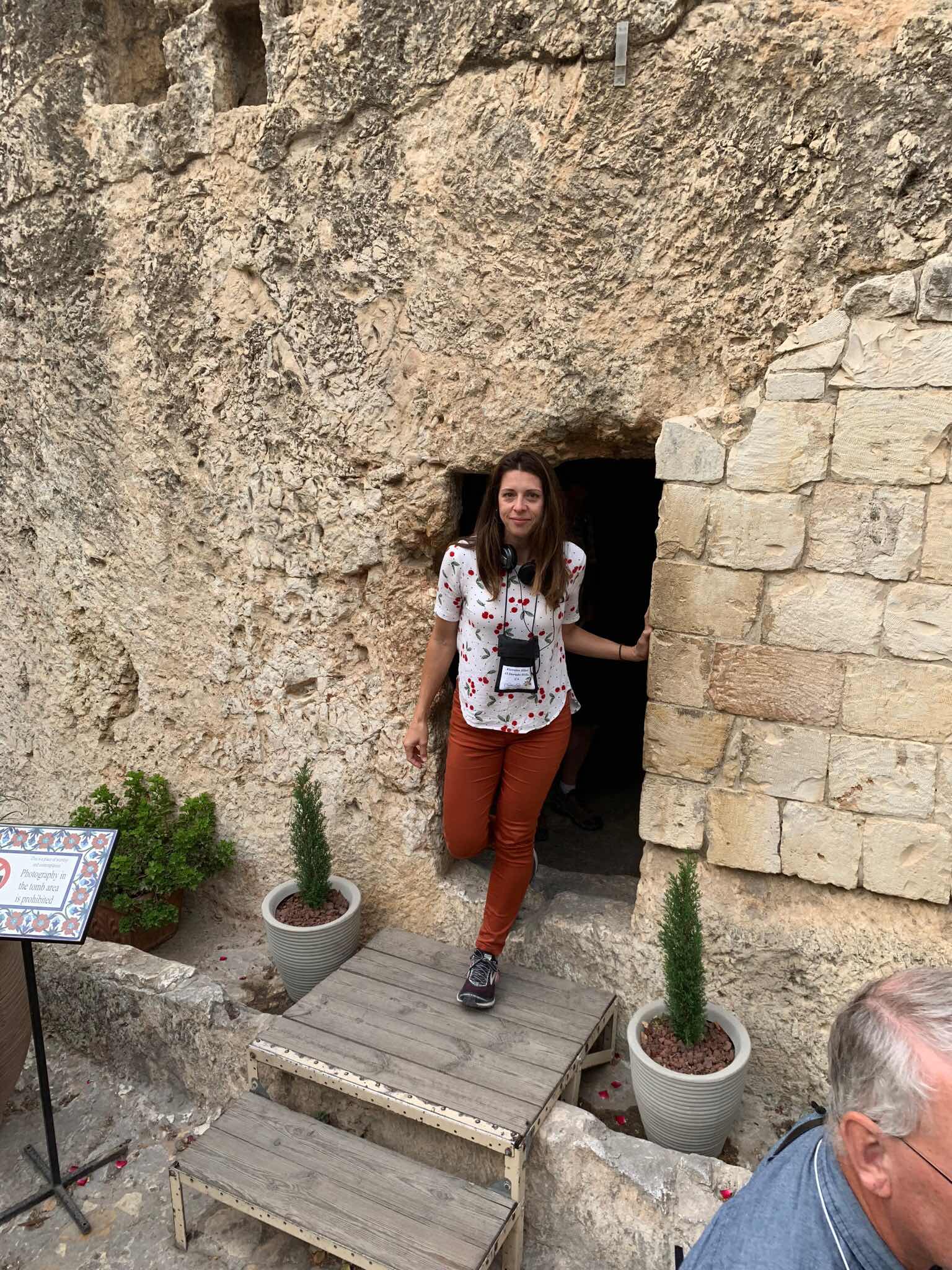 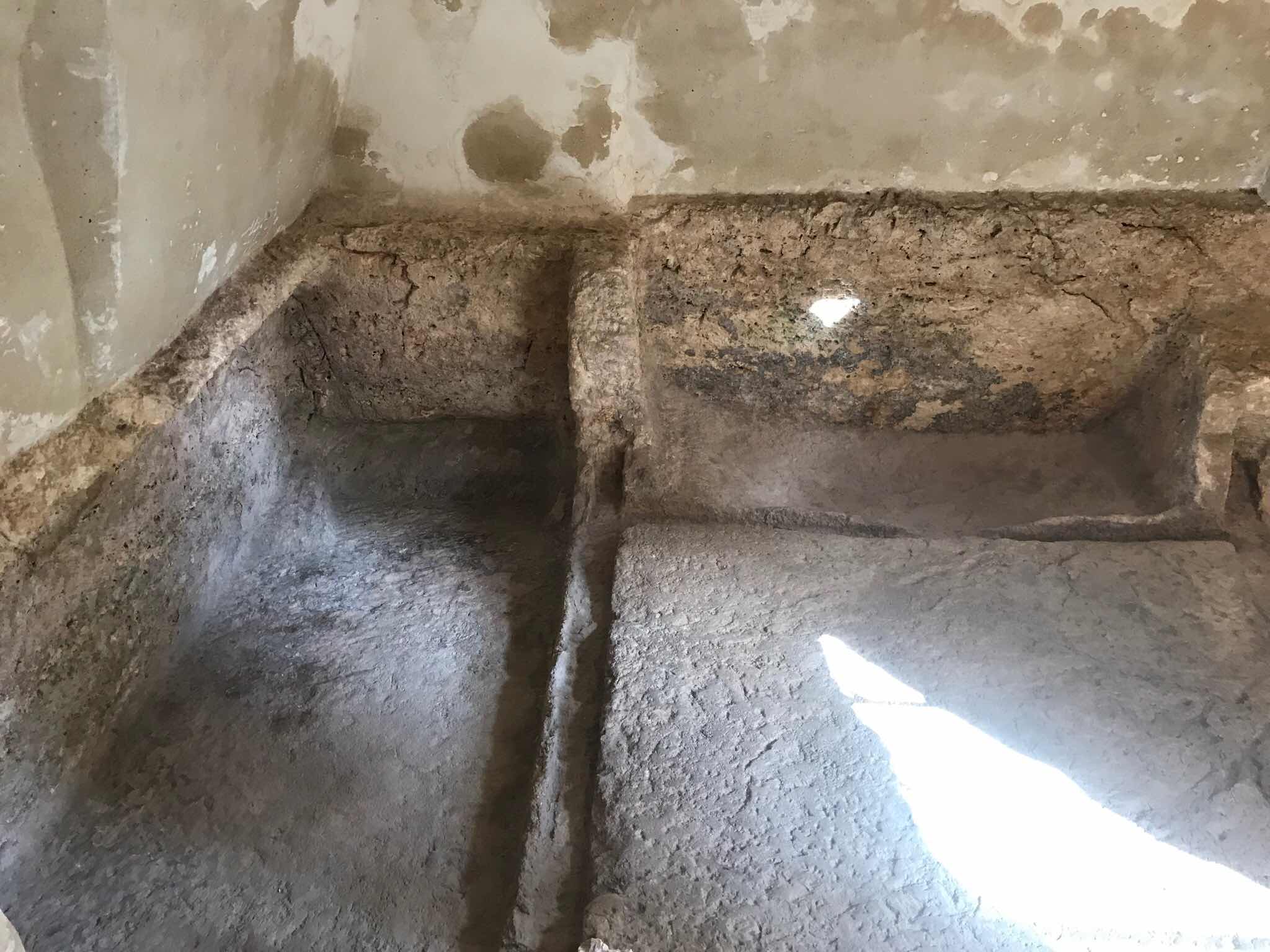 He Lives!!!!!
(There was sooo much more that we saw but, again, this is highlights. You can ask me about my trip any time and I would be happy to share more with you!!!)
Posted by SuburbiaMom at 3:54 PM