When presented with the graduation gift of a trip anywhere in the world, my oldest child chose the Holy Land. My husband and I accompanied her (of course!!!) I knew it would be cheaper if I did my research and booked everything myself, but time IS money so I ended up going through a cruise and land tour company that I used six years ago: Cruise Lady. And I’m glad I did!!! It was so nice to have someone else make all the arrangements and all we had to do was wake up early and get on the bus! Double blessings that we had local tour guides for both countries (Emad—Jordan and Faris—Israel) and also a spiritual guide for the Israel part—Jack Marshall. 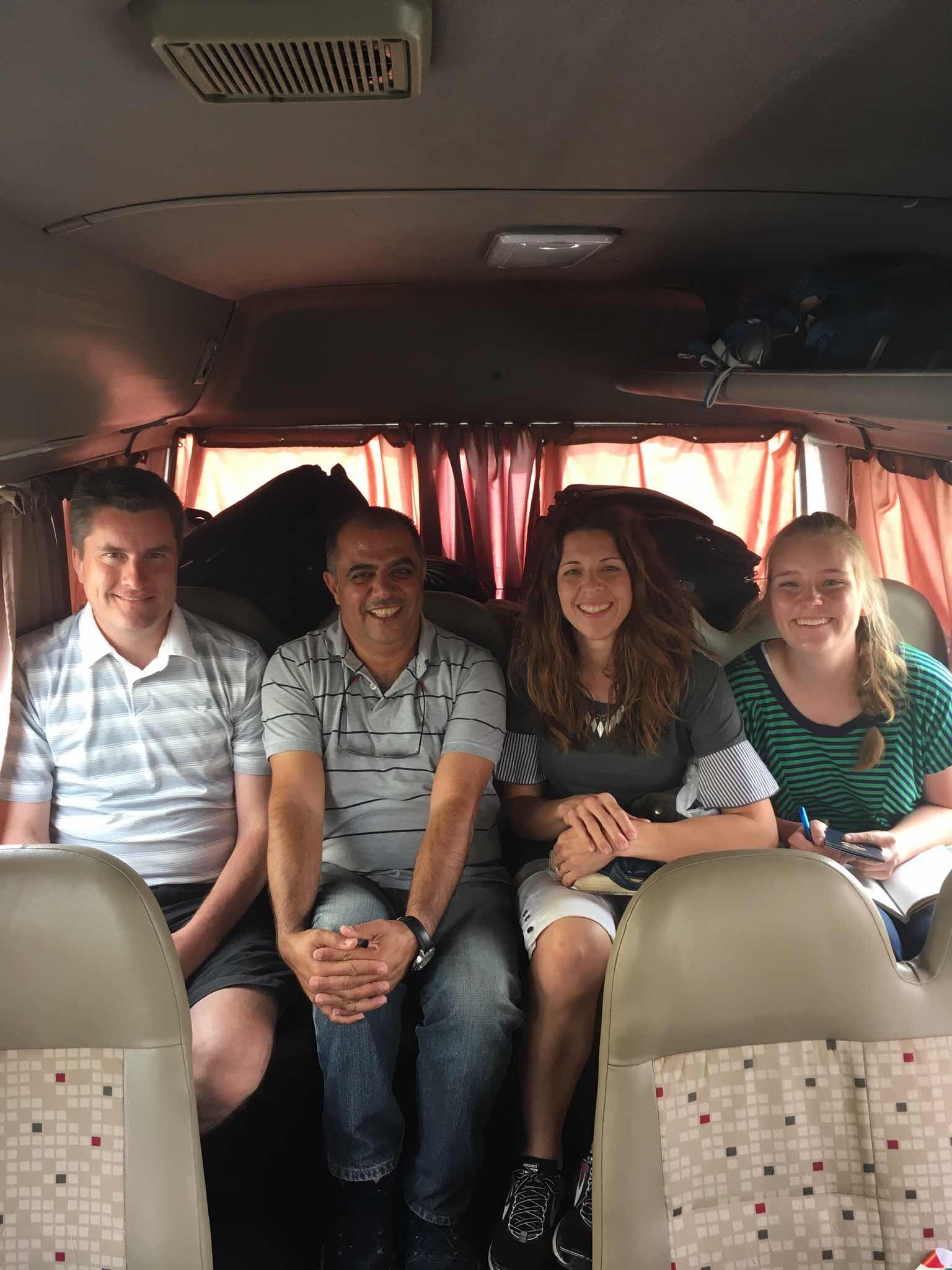 (Emad—one of the 5% Jordanians who is not Muslim, he’s Catholic) 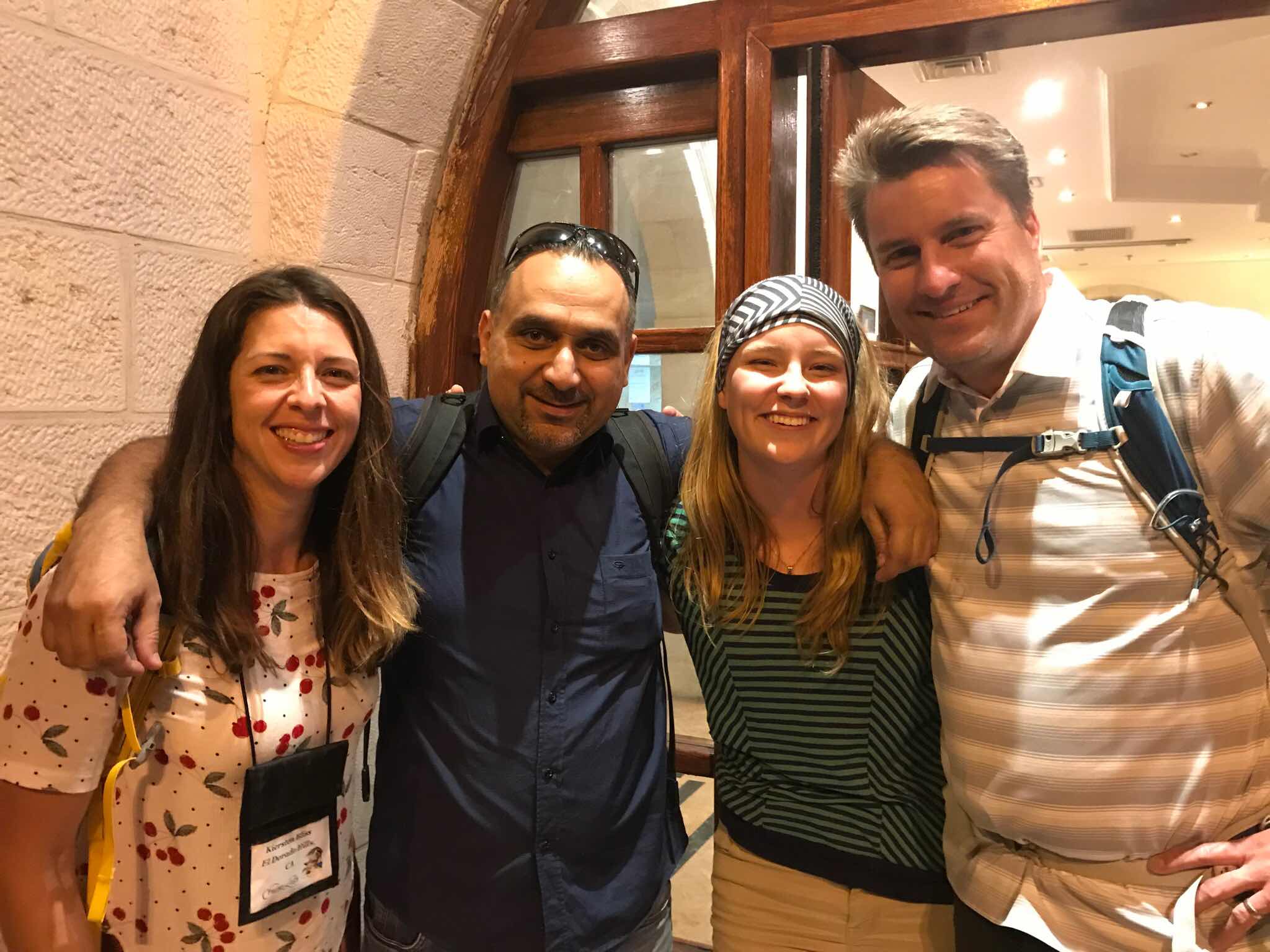 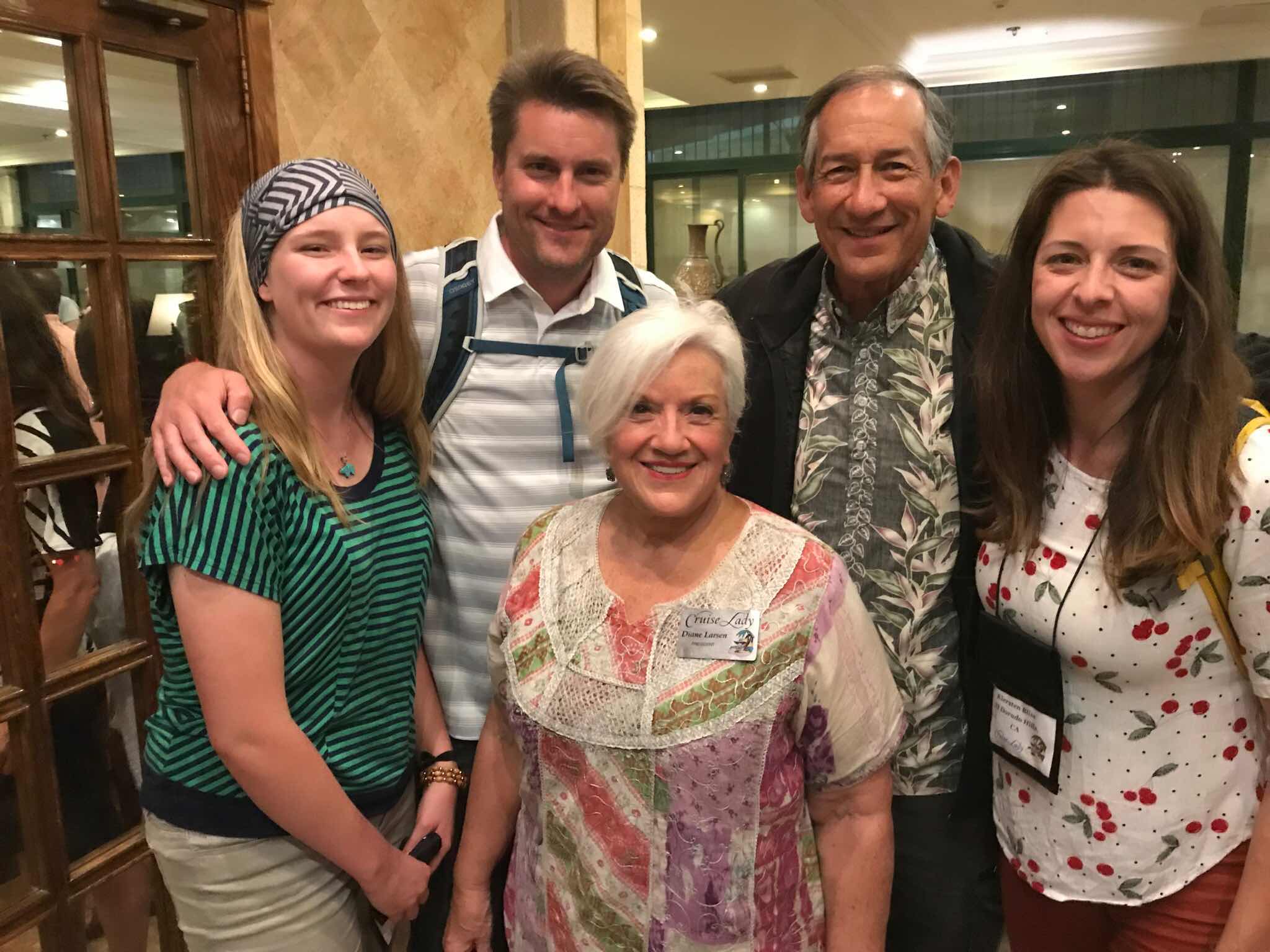 (Us with Jack Marshall and the owner and founder of our tour company, Cruise Lady, Diane Larsen. Jack has been to Israel eight times, Diane has been forty-one times!!!)
Combined, my husband and I took well over 1200 pictures. That’s just too much to post so instead I’m blogging highlights and random thoughts. Enjoy!!!
Trip quick fun facts:
-Our flight from San Fran to Amman, Jordan was 36 hours which included two layovers in Zurich, Switzerland, and Frankfurt, Germany. 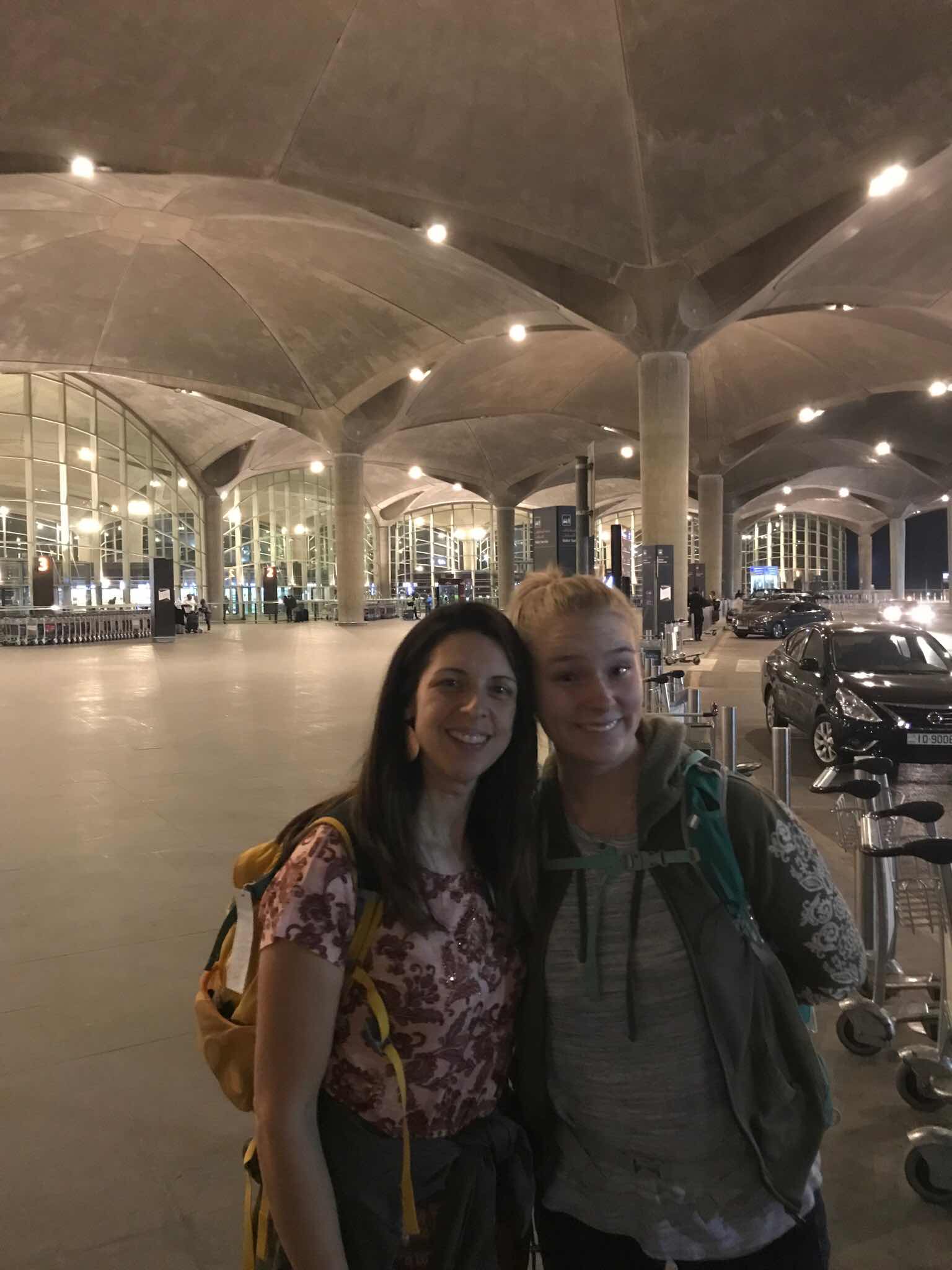 (Bright-eyed and bushy-tailed 36 hours later at Amman Jordan airport—1:00am arrival!!!)
-Our returning flight was just 15.5 hours direct from Tel Aviv to San Francisco.
-Jordan is 95% Muslim. I only had to cover my head once—when we entered the King’s Mosque in Amman. 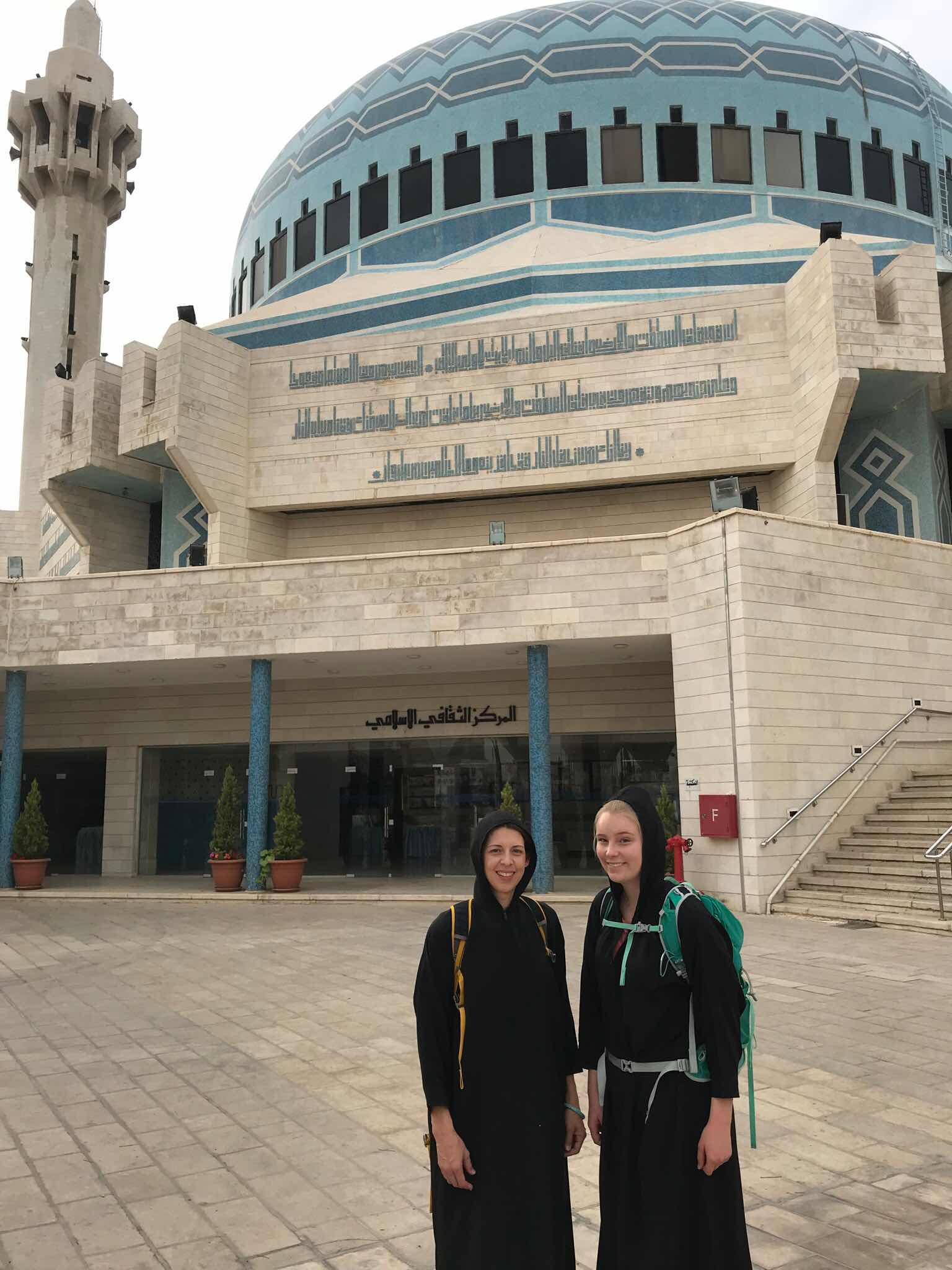 -Jordan Muslim law has very strict reprimands for adultery. Since our daughter was with us, all our hotels in Jordan had three twin beds. #1 child found this situation very humorous. 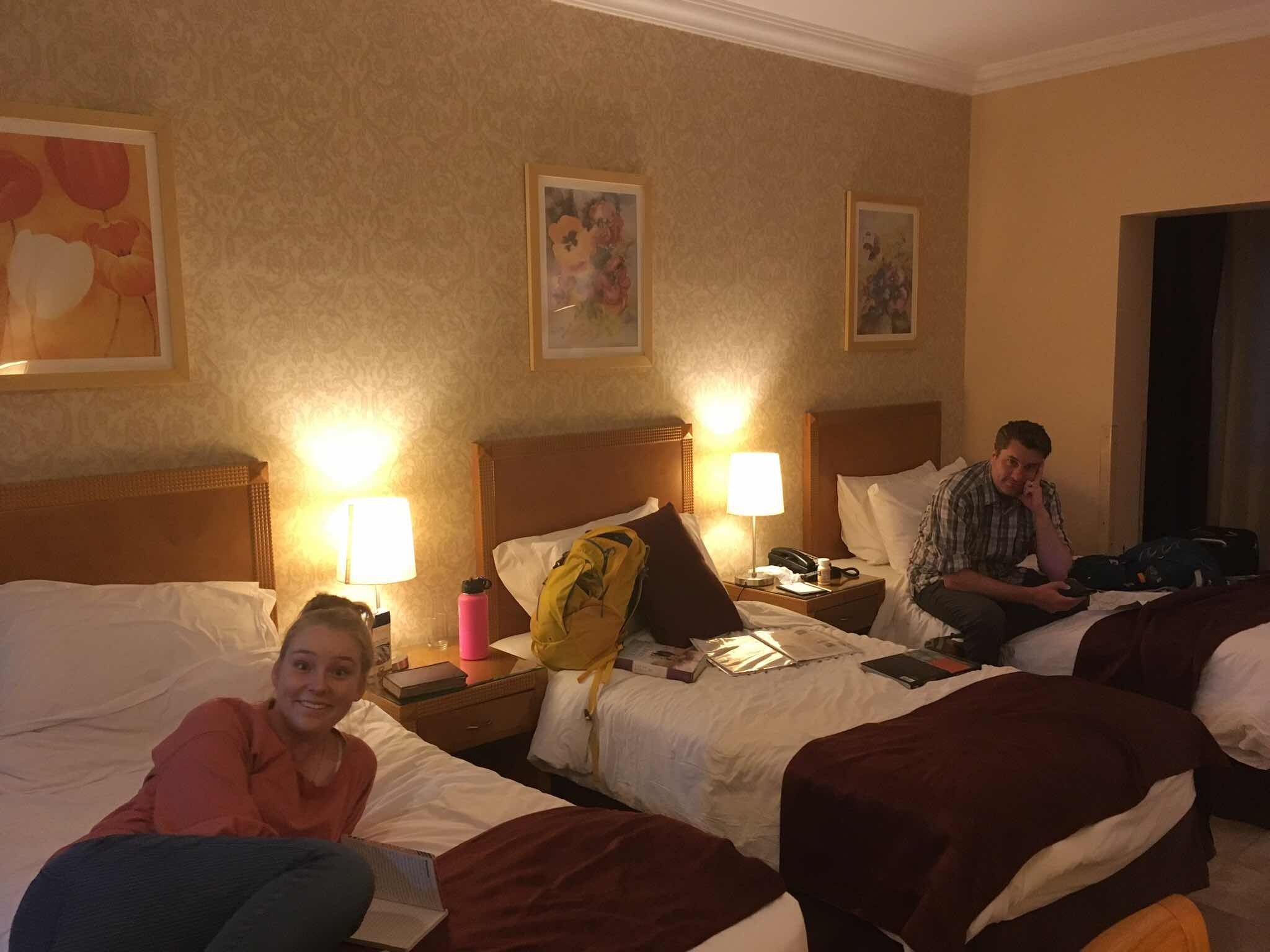 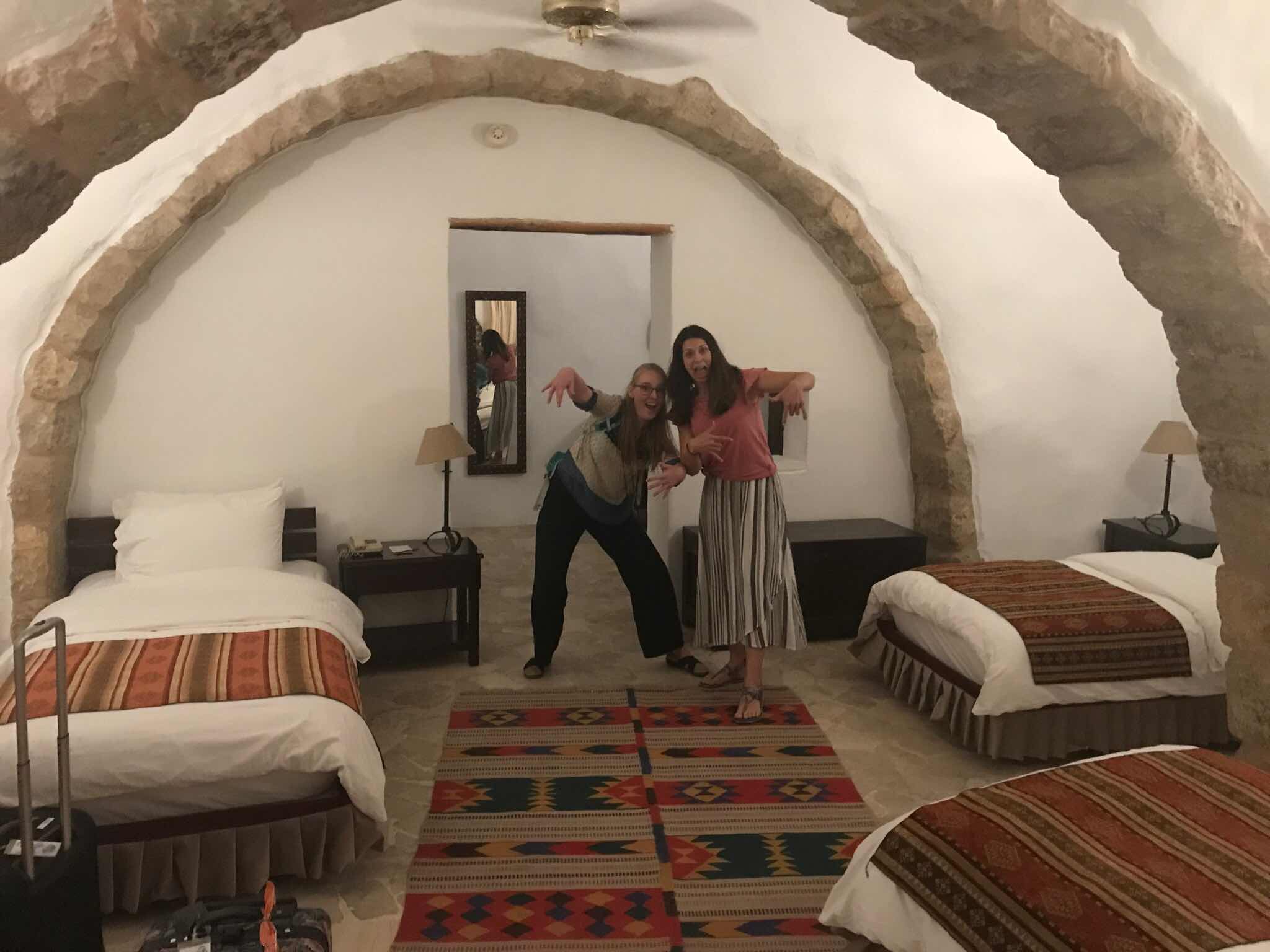 -There were only 11 people, including us, in our Jordan tour group. There were 46, including the Jordan 11, on the Israel/Palestine  tour group. Everyone was just wonderful. We ended up palling around with a fun couple from northern UT. They even stayed an extra day in Jerusalem, after the tour ended, just like us! 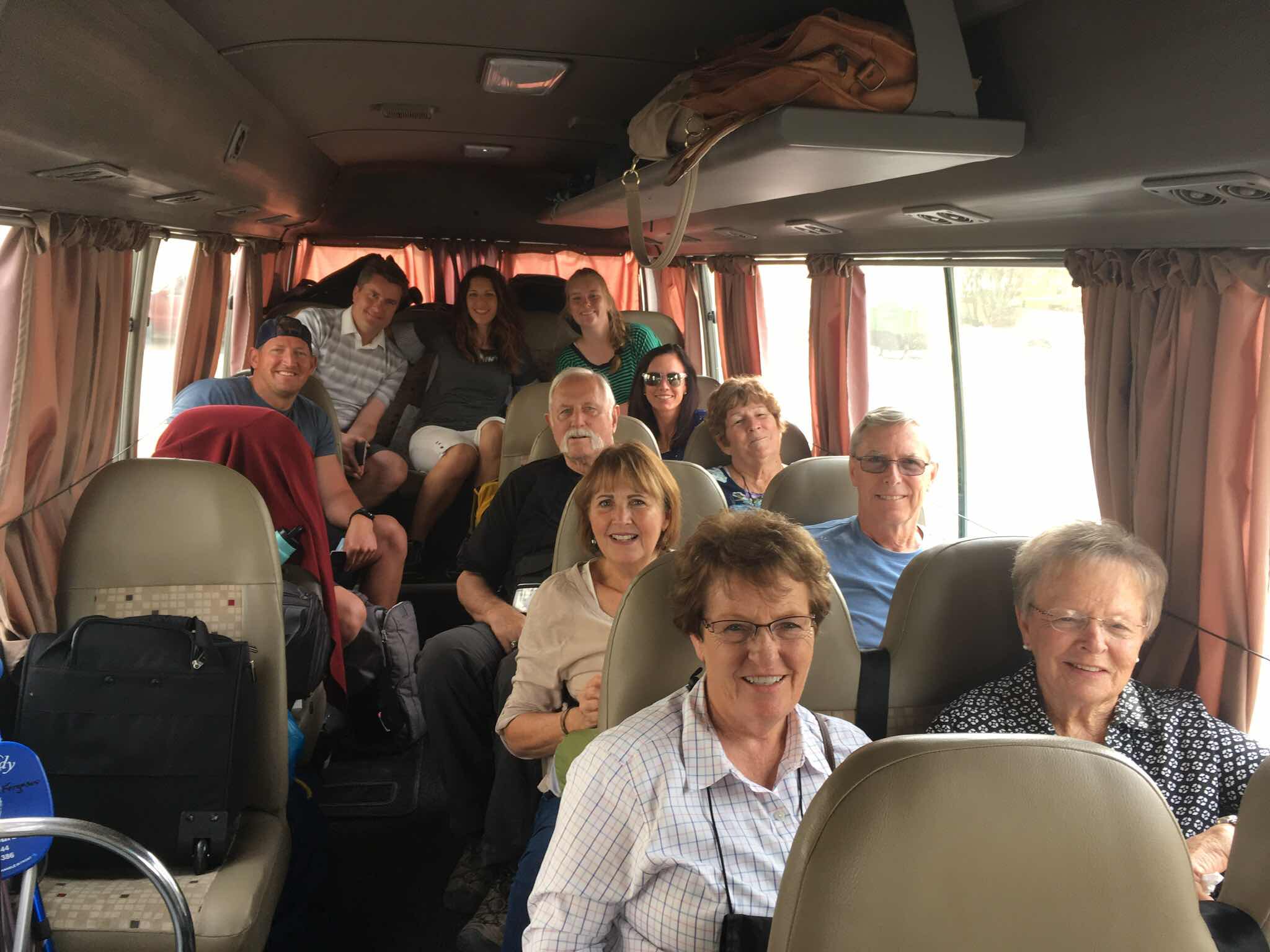 (Getting chummy with our Jordan group). 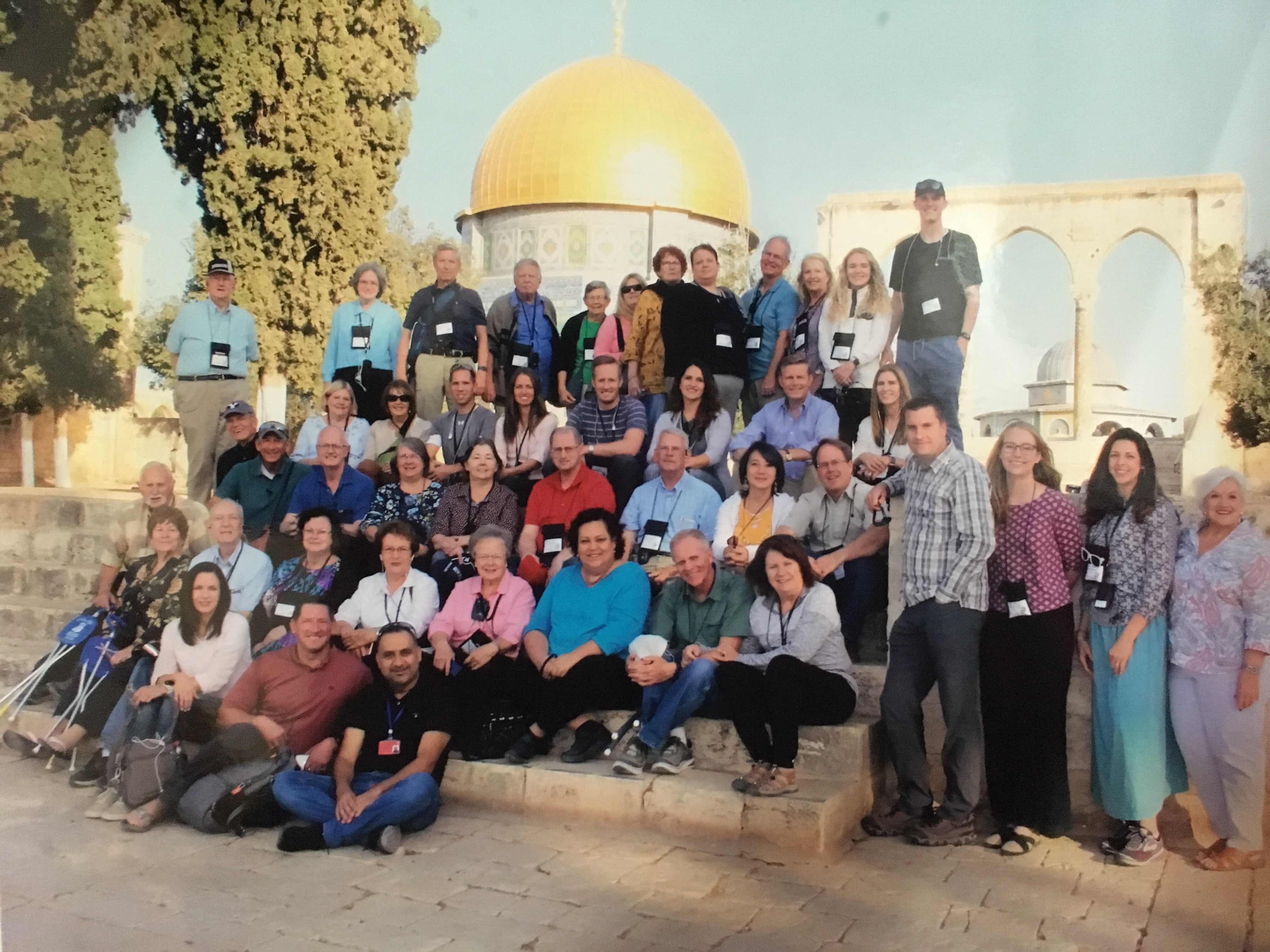 (50 of us here at the Dome of the Rock—46 in our group, plus our local guide, spiritual guide, and the Cruise Lady owners)

-I was only slightly scared on this trip twice: 1) when we were crossing the border from Jordan to Israel and our Jordanian tour guide didn’t cross with us (which was planned but still scary. Especially when our new friends got pulled out of the passport line. They’d been taking pictures at the border crossing which is a no-no. Thankfully the military only deleted the photos off their phones). AND 2) visiting the Golan Heights area—most northern part of Israel bordering Lebanon and Syria while our local guide was showing us the old 2000-2005 bunkers, the nearest Syrian city that was forced to evacuate by the Israeli army, and also the watch towers on the nearby hills with armed military keeping watch over the land—eek!!! 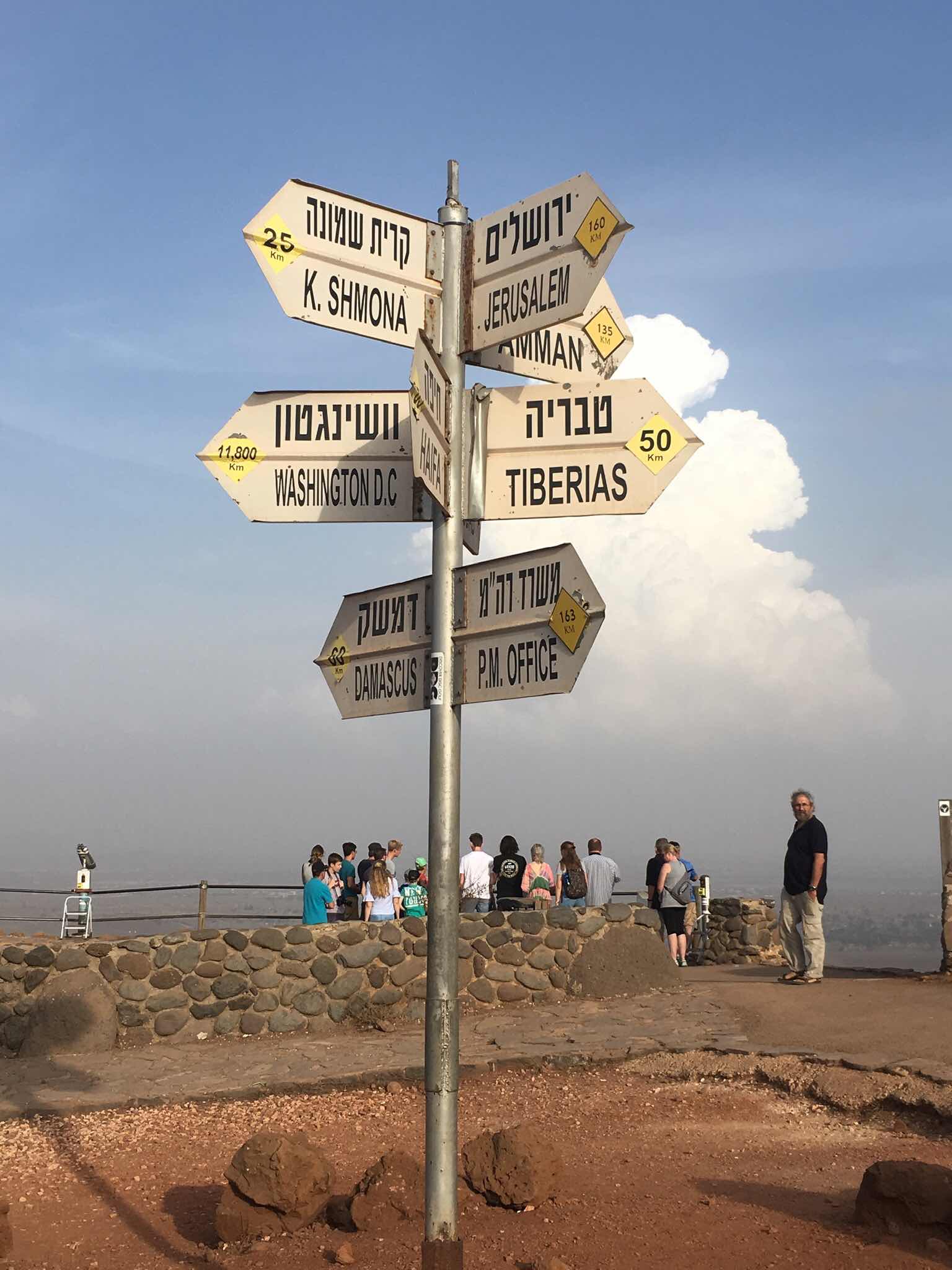 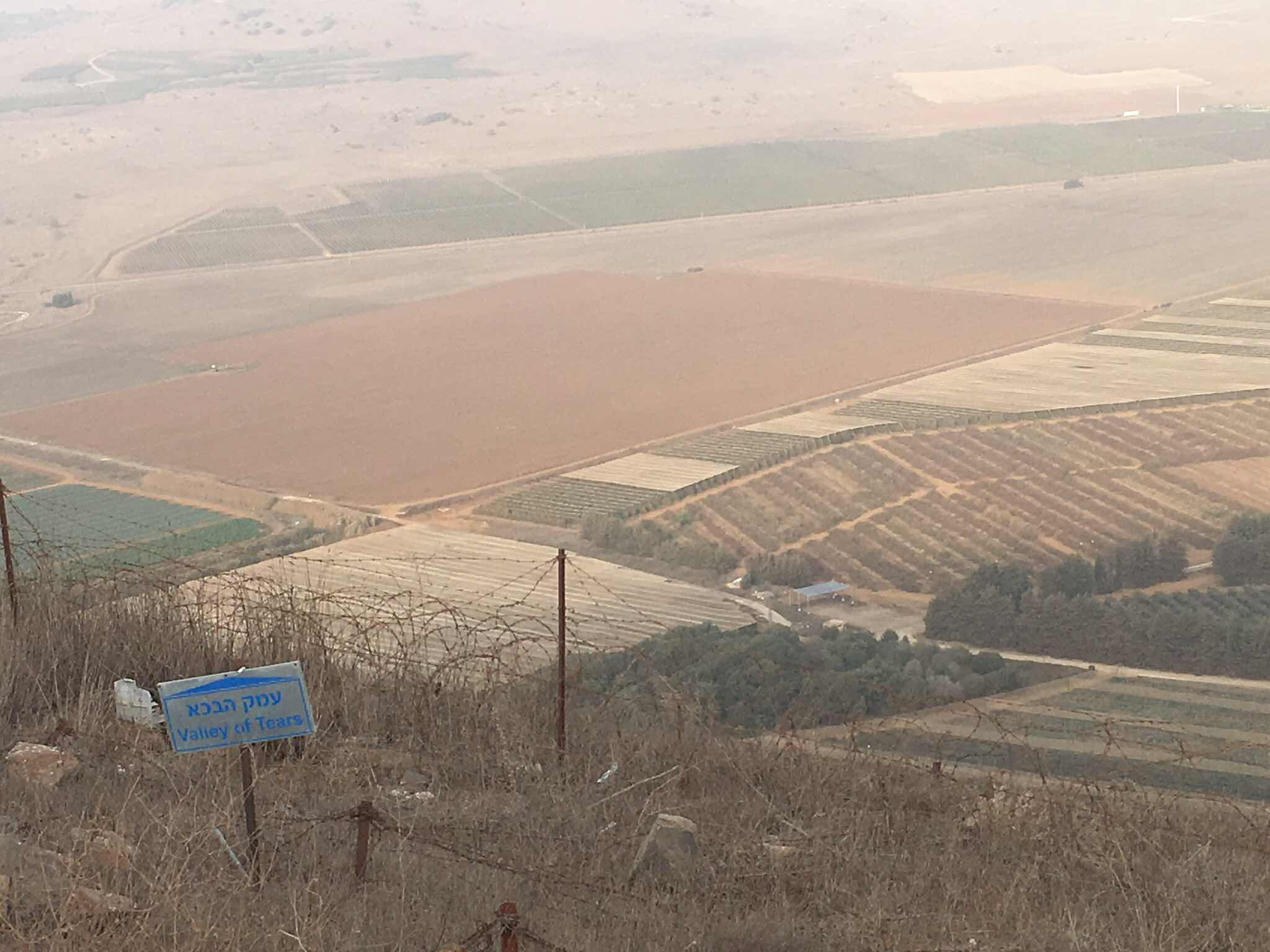 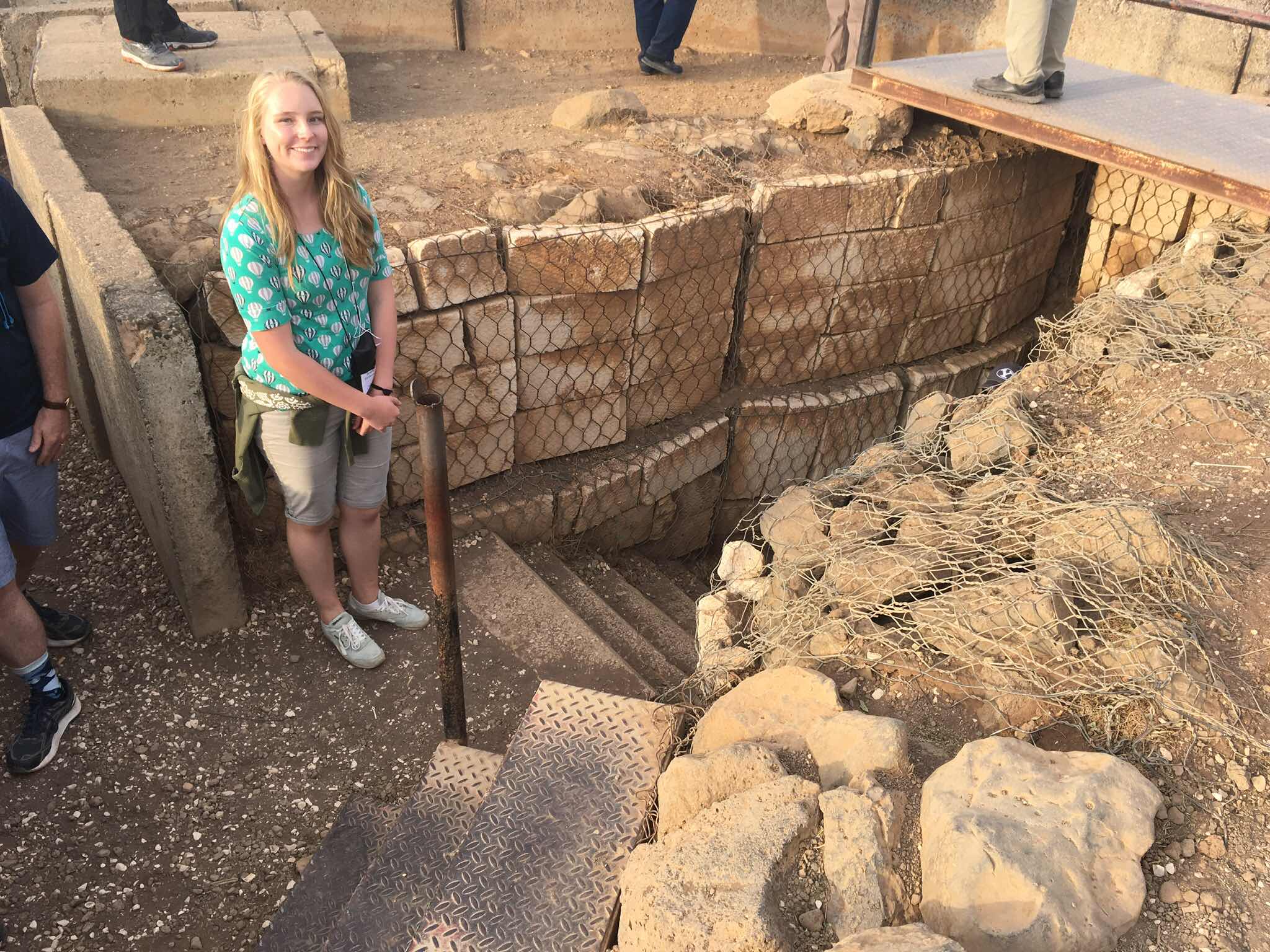 (#1 at the Israeli bunker from the second Intifada, 2000-2005)
-We woke up most days before 6am in order to get dressed and ready and eat and then on the bus-ready to go-by 7am!!
-We usually returned back to our hotel between 6 and 7pm! Packed days!!!
-We saw too many Byzantine mosaics for me to keep track of. 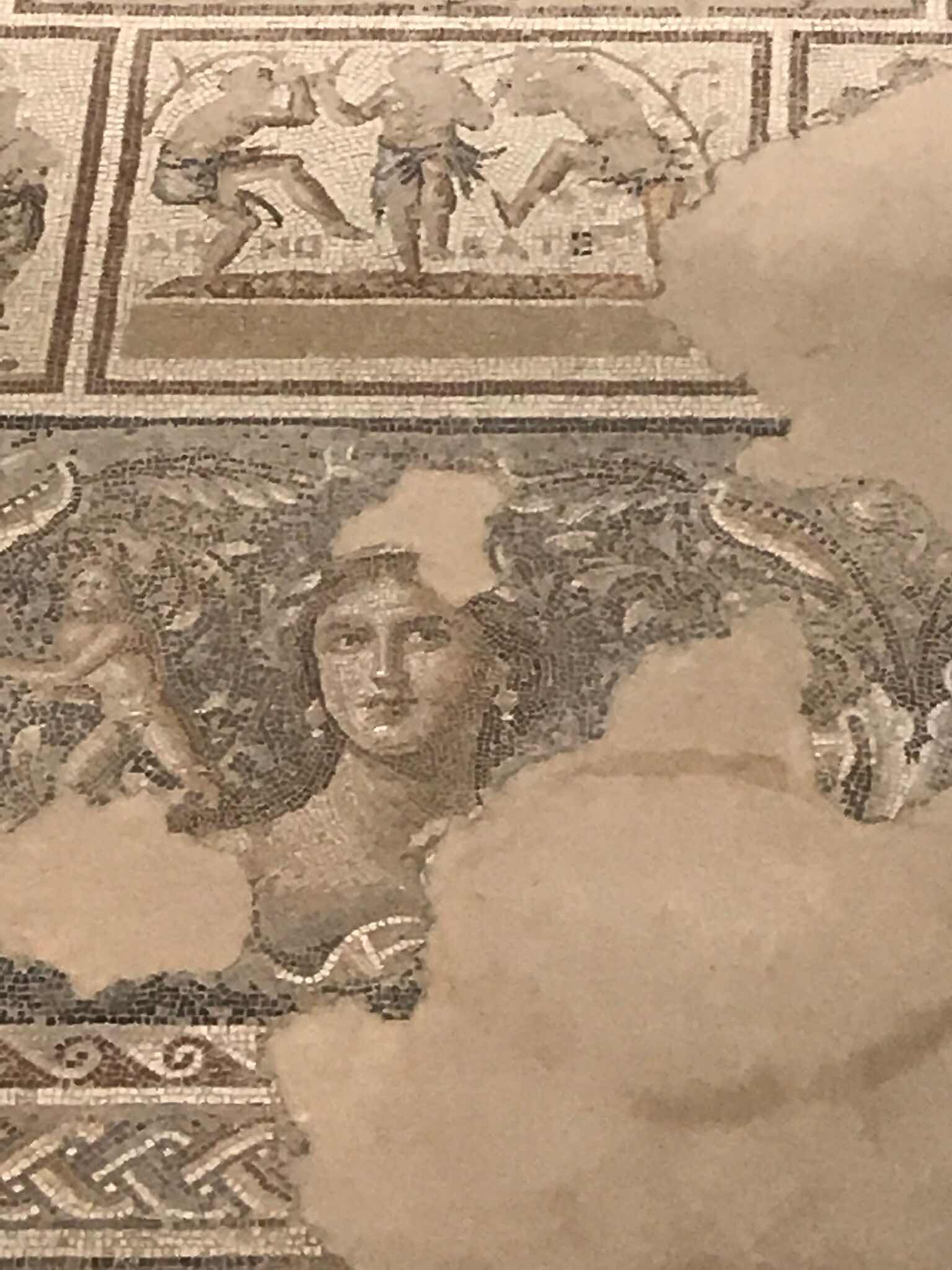 (This was one our favorites!)
-The 10 hour time difference proved very difficult to call and talk to my kids at home :-(.
Oldest Thing/Newest Thing
City of David ruins! King David lived 1000 years before Christ. I saw 3000 year old ruins!!!!! 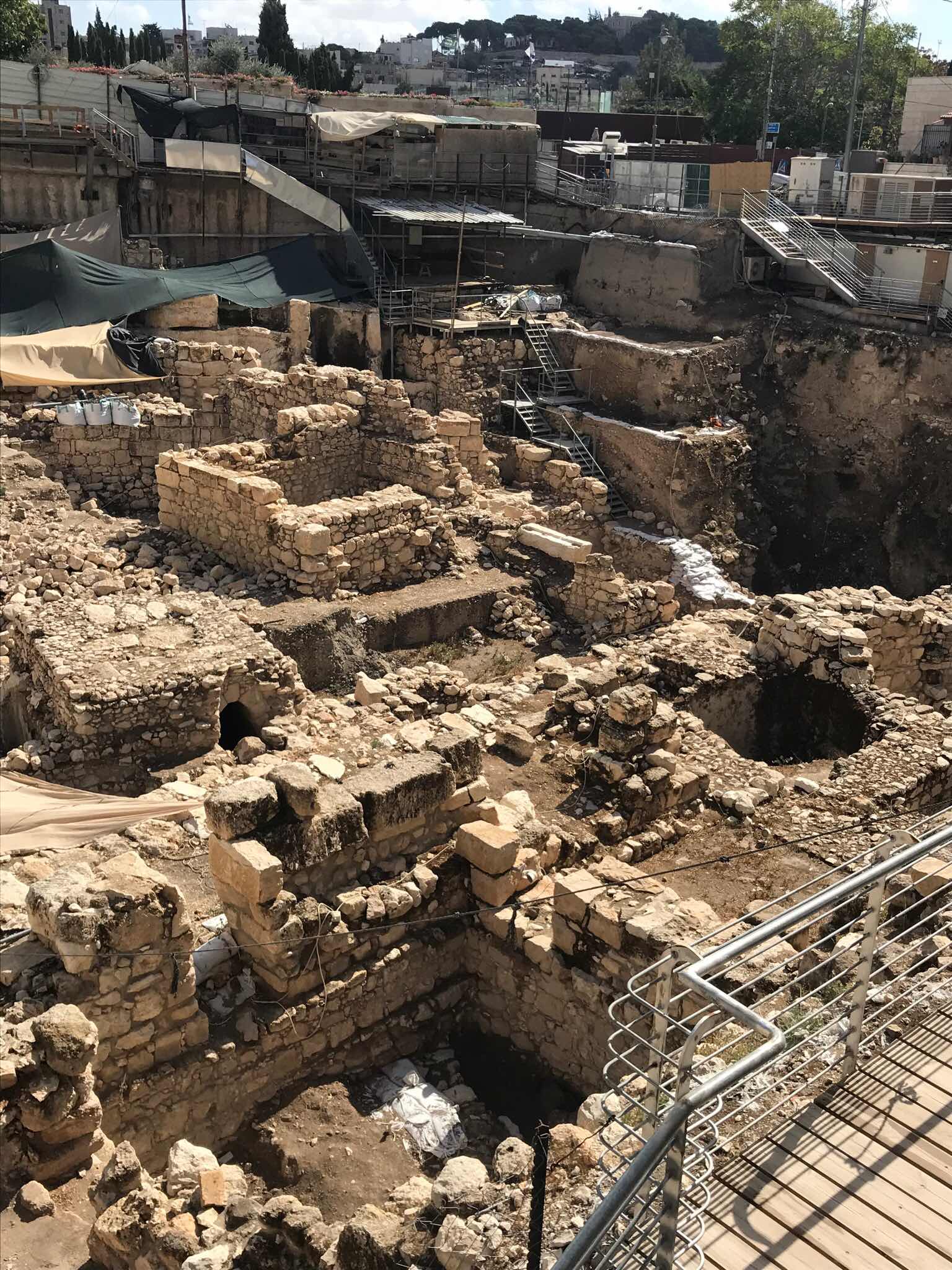 And— new discovery—beautiful golden mosaics on the walls in the Church of the Nativity! Though they around 1600 years old they have been covered all this time by plaster and have only since been re-discovered this year! 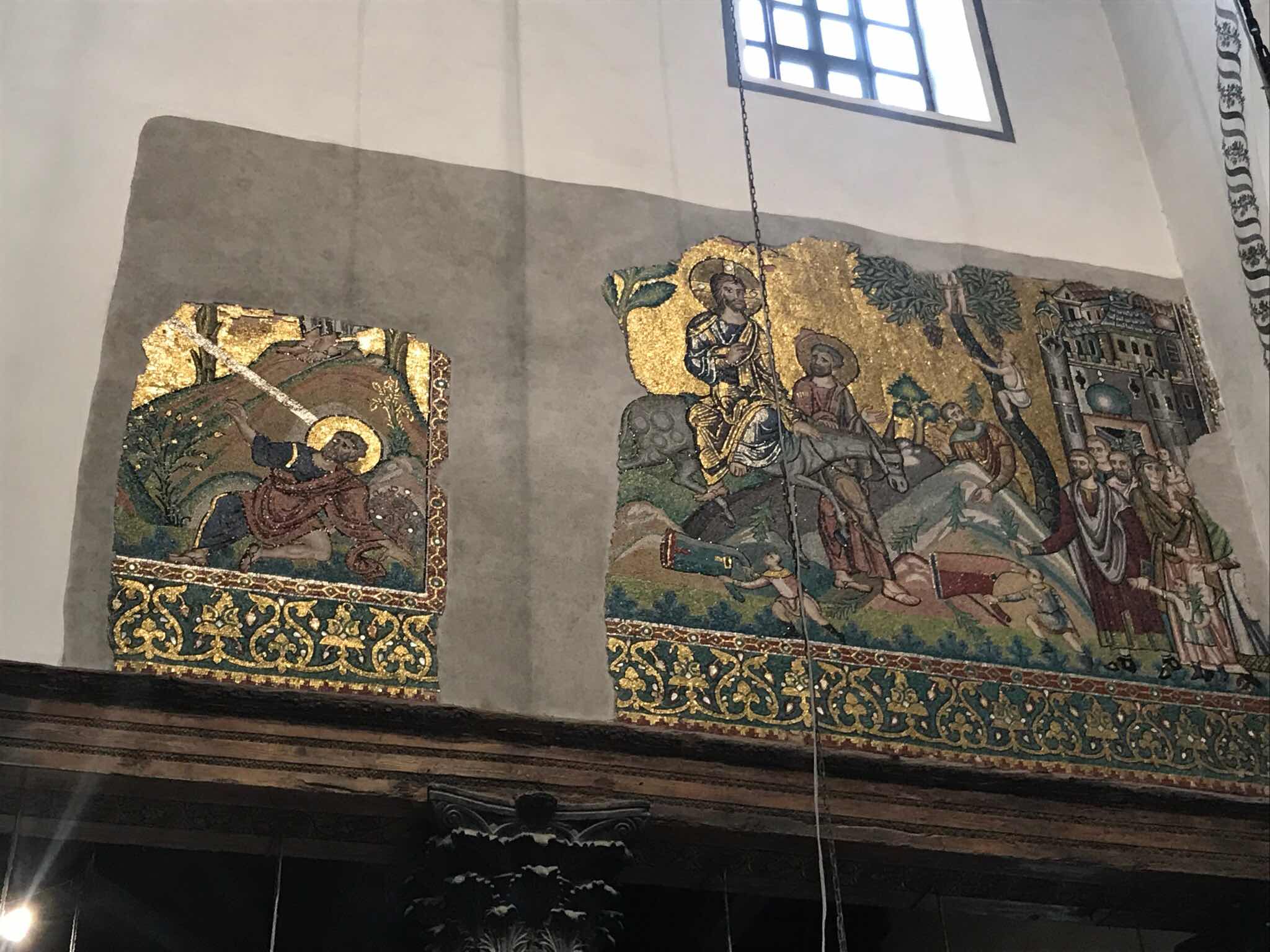 I love Israel! This is so fun to see! Nate took pictures at the Jordan border. I guess I should be thankful he made it home. Two people in his group were detained and never joined back up with the group. My scary point was on a mountain overlooking Nazareth when a lone gunman walked up with a machine gun...