I realized that there were some things that I mentioned on Facebook, last year, that I never followed up on. I left things hanging!

First and foremost, was the news I shared about my aunt. She had a bike accident and was found by some cops on the side of the road. My uncle, her husband, was out of town for work. Friends were able to contact him and report her dire condition--she was not responding and after being rushed to two different hospitals, eventually ending up at Stanford, severe brain trauma was evident. She was kept comatose for a week while they worked on saving her brain.

Essentially the right artery (there are two main arteries in the brain--one on the left and one on the right) was damaged beyond repair and therefore blood was flowing into the brain and spilling out into the brain and dura (sac that the brain sits in). They ended up packing it with platinum coils and basically sealing it off--all the while hoping (and praying!) that the left side artery would start to compensate for the right. Hallelujah, it did!!

Then they did a lot of tests to make sure she could swallow and talk and asked a lot of questions to jog her memory.

After almost two months in the hospital, she was able to be released to a nursing facility. But, my uncle was ready to take her home and was able to help speed things along for her recovery so that she could return home. She is walking, talking, is regaining most of her memories (there are little holes here and there). She cannot see out of one eye. But, I feel like her amazing recovery has been the biggest miracle, for us, in 2016.

It is truly a miracle that she is alive. One night my cousin, Shawn, was texting every hour and we thought she was going to die. We finally had to go to bed and prayed that her condition would stabilize/improve, which thankfully, it did. 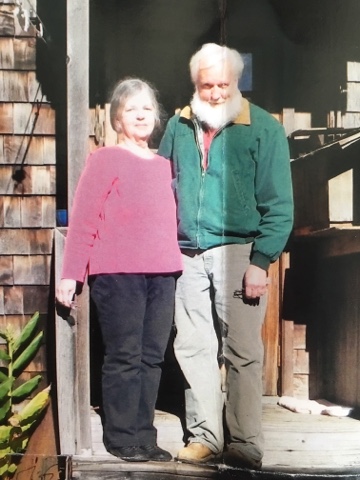 My beloved aunt and her devoted husband, who never left her side. So glad she is still here with us.

Posted by SuburbiaMom at 8:28 AM