Cross-country is kind of a big deal here in the Sacramento area.  I mean, for heaven's sake, these are vendors (right corner) at the elementary district finals! 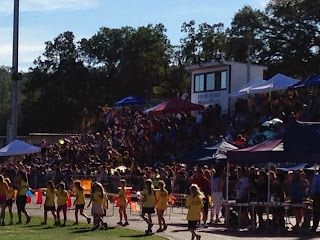 Children numbers #1, #3, and #4 ran cross-country this fall.  The eldest is in high school and the other two are in elementary.  Pity that #2 didn't want in on it--because that girl can run.

#1 was plagued by shin splints towards the middle of the season, but kept coming to practices and hit the bike hard til they felt better.  She was well enough to run in sub-sectionals and did pretty well considering she was coming down with the flu the day of the race (boo). She is looking forward to next year's season. 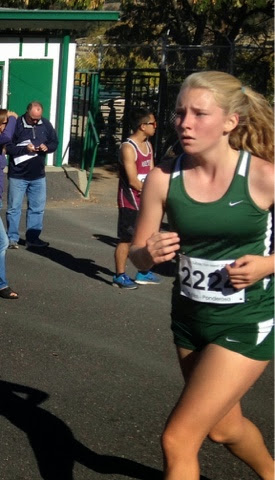 #3 has turned out to be quite a speedy kid!  His races are only a mile and he consistently kept finishing around 6:40!  My best mile, ever recorded, was 6:05 when I was a junior in high school.  He'll have me beat soon! 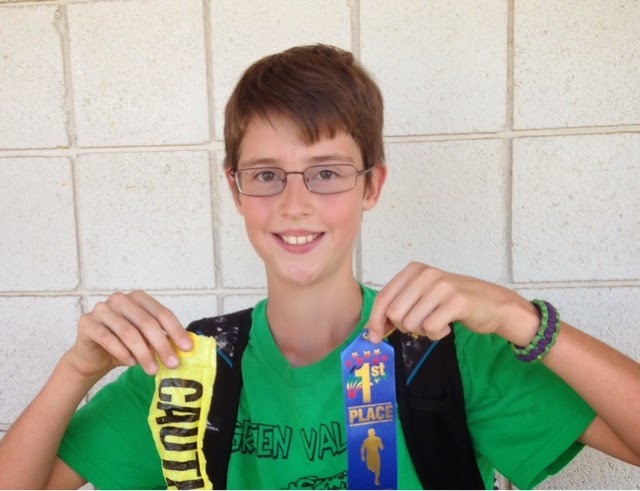 #4 ran because his older brother was doing it.  His races were always 3/4 a mile and he consistently placed in the top 30%.  I was pleasantly surprised when he told me that he wants to do it next year! 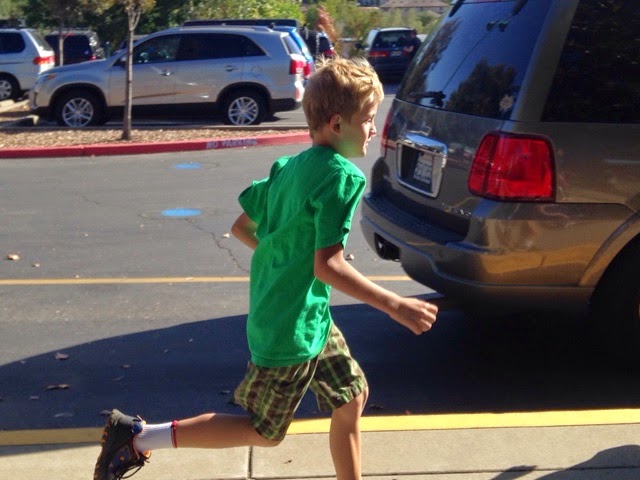 It was exciting to see the boys compete at the district level.  Each race (6 different races--3rd, 4th, and 5th grades--boys and girls raced separately as well!) had over 100 kids in it! 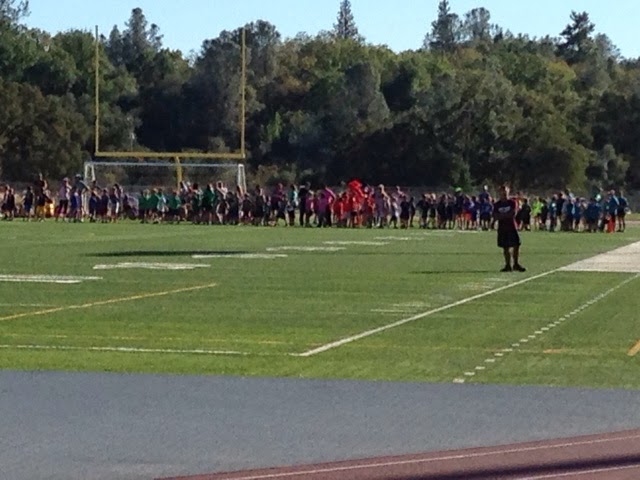 So--that's how we've been racing through fall!

Awesome that they have a program that all the kids can participate in. I love cross country. Such a great sport. Congrats to your kiddos!

I am not surprised that your children are fast runners. You were ALWAYS the fastest runner in our middle school class! I think my mile clocked in around 10:45, so you were already changed and ready for the next class by the time I ran towards the finish line. Ha ha! Hope you guys have a great Thanksgiving!