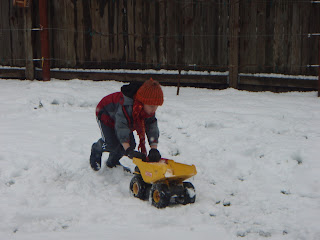 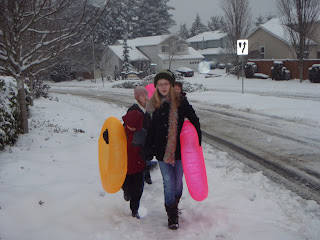 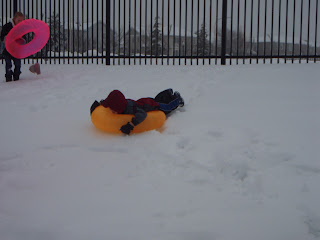 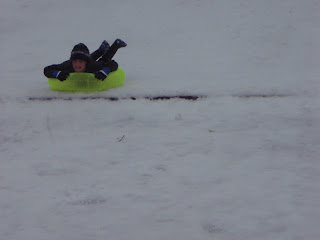 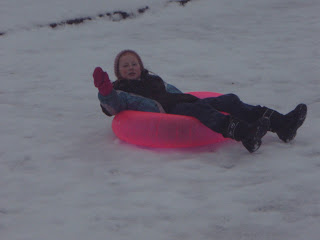 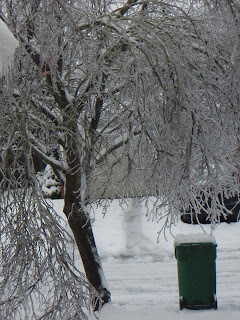 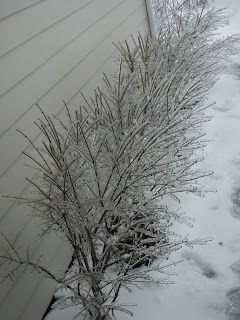 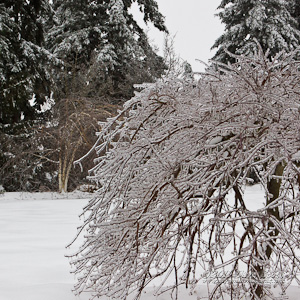 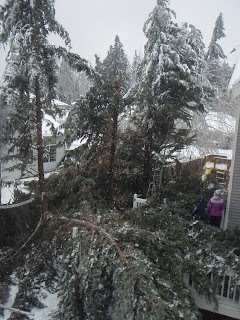 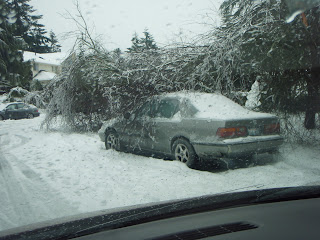 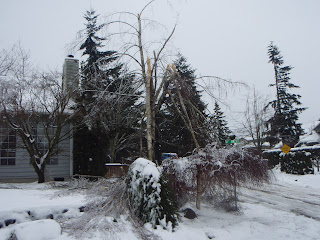 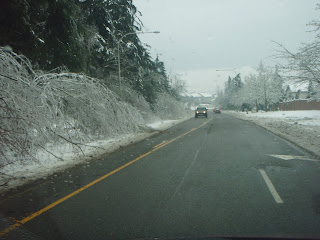 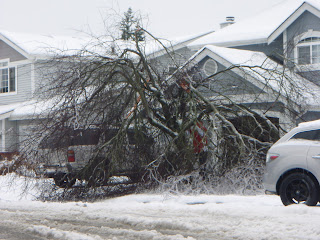 We haven't had a single day with enough snow to go sledding yet. It's pitiful. I always thought I hated snow and would like to live where there isn't any, but I've changed my mind. Now I'd like a good storm or two coming our way!

That was a crazy storm! It's one we will all remember for a long time.

Ice on plants is so pretty to look at although it is bad for the tree. Thank goodness you didn't loose electricity. Being stuck at home, cold and having a baby would have just tortureous.