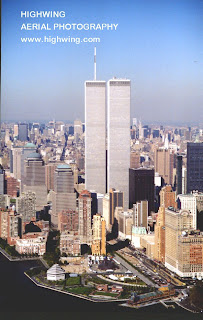 I meant to post this on Sept. 11, but didn't make it to the computer that day. I did, however, manage to remember to fly the American flag.

I was at home, then, Provo, Utah, and caring for the new demands of my 4-day-old baby. My sister-in-law called me from Portland, crying. I could barely make out what she was saying. She did manage to get out, "Turn on the news." I did and saw the shocking images of plane crashes and buildings and clouds of debris.

Already a whirlwind of post-partum emotions, this news of the twin towers caused me to gaze at the new baby in my arms and tearfully say to her, "What have I done? What kind of a world have I brought you in to?" I was scared for her. That famous image from Time magazine of that female refugee fleeing with her fellow countrymen, all the while clinging to her nursing babe, flooded my thoughts--would that be me in a few weeks/months? 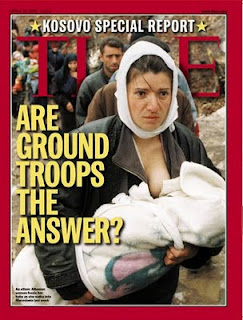 My mother was planning to fly out the following day from the D.C. airport, to come help out with us and the new baby. I feared for her safety and called her to tell her not to come--it would be too dangerous. She said that we couldn't live in fear and that she was coming. She had to arrive at the airport like 5 hours before her flight and was given the search of searches, but she made it to us safely.

Now my baby is 8. I still fear for her safety but not so much from terrorist attacks. I worry more about attacks from peers and child predators, and the demoralization of America, in general. A lot has changed in 8 years. The greatest, for me, would be my capacity to love. My family, and the world, need that love now. 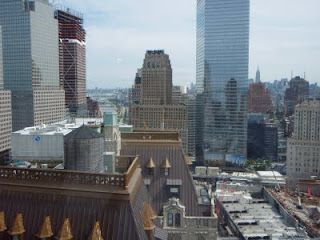 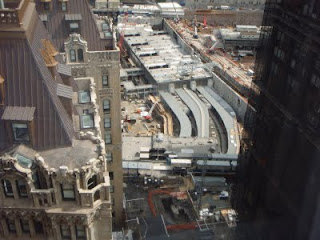 I had just finished nursing Grace in our provo condo and was checking out an internet board I had joined that had women who all had babies in Feb 01. The woman from australia said "what is going on over there?" So I turned on the tv and watched it unfold. I woke Ryan up because he had worked a graveyard shift and we watched the towers fall down. What a crazy time.

We stayed up late last night watching a special on the History Channel about 9/11. It's so true...it's so easy to forget that day, but it's good to remember. I was newly pregnant with Taylor and was glued to the TV all day. It's hard to believe 8 years have passed...wow!

I often reflect on the "connection" of her birth and 9/11. Good post.

P.S. I love that you have John Denver on your blog--especially that song!

I can't believe it has been 8 years either. Crazy. I love your thoughts. It is such a strange world to be bringing up children in.

My alarm clock woke me up with the news, it took a few minutes for it all to sink in. Thanks for your thoughts and photo's, it's important to reflect on this.

I was about to have Asha, too. It was shocking. We didn't have TV, but I remember trying really hard not to see any images of the incident on magazines. It was too shocking and emotional for me. Thinking about 9/11 makes me want to work even harder to keep our home a refuge from the world, and teach our kids the gospel.

i enjoyed your post. i'd never seen that cover of TIME before. what an awesome image.